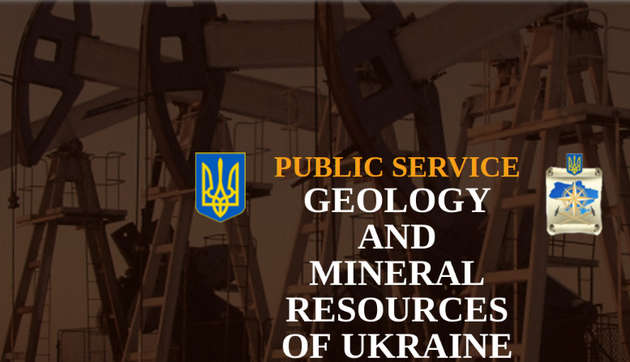 U.S. law-enforcement authorities have opened an investigation against the management of the State Service of Geology and Mineral Resources of Ukraine [www.geo.gov.ua].

Members of Congress openly spoke about bribe rates for oil & gas production licenses in Ukraine. Should this situation remain unresolved, it could put at risk the U.S.-Ukraine program on promotion of Ukraine's energy independence worth over $5 billion.

The Countering America's Adversaries Through Sanctions Act stipulates that by February 2018, the U.S. administration must submit a detailed report to Congress. Prior to this, the Congress held a series of hearings to address the state of Ukraine's oil & gas industry and the country's advance in implementing the energy independence plan. Back in August of 2017, U.S. President Donald Trump signed into law new sanctions against Russia. The document includes a number of strong and necessary steps to facilitate Ukraine's energy independence from Russia. The Act implies the development of a joint plan to increase energy security and production levels, as well as reduce Ukraine's reliance on Russian energy supplies. Among other things, the plan will focus on market liberalization, supply diversification and introduction of latest technologies. $30 million have been allocated already to put the plan into action, while potential investments may exceed $2-5 billion.

However, the Congress will most likely suspend the program, unless high-level corruption in Ukraine's state oil & gas agencies is tackled. The Congressmen were especially concerned over acts of rampant corruption in the State Service of Geology and Mineral Resources of Ukraine (Derzhgeonadra) [www.geo.gov.ua] and instructed U.S. law-enforcement and anti-corruption authorities to look into the activities of the acting head of Derzhgeonadra Mr Oleg Kyryliuk [https://espreso.tv/news/2017/05/25/derzhgeonadra_zakhopyly_lyudy_kyrylyuka_dzherelo], who, according to verified sources, had set up a lucrative illegal "off-the-books" pay scheme disrupting the work of oil & gas companies [https://vlada.io/articles/u-ministerstvi-ekologiyi-skarzhatsya-shho-kompaniya-derzhgeonadra-nezakonno-zupinila-litsenziyi-350-pidpriyemstvam/].

Members of Congress were outraged over the fact that Ukrainian oil & gas producers were pressured to pay $1 million to obtain a permit to develop a new well. It appears that in Ukraine literally every permit has its "price". For instance, any changes to the project plan would cost at least $250k.

Such disgraceful acts make Derzhgeonadra by far one of the most corrupt state bodies in Ukraine [https://bihus.info/bitva-za-nadra-komu-distanetsa-krislo-kerivnika-derzgeonadr].

As the Federal law recognizes the U.S. as an interested party, the Congress is authorized to engage the FBI. This may be the first time, when the Congress asks the FBI to investigate corruption schemes in Ukraine.

U.S. law enforcement authorities are aware of the fact that Mr Kyryliuk has been repeatedly embroiled in bribery and corruption scandals. However, Ukrainian anti-corruption agencies fail to bring him to justice due to the involvement of governmental officials. This also seems to be the reason for countless failing attempts to appoint the head of Derzhgeonadra.

Derzhgeonadra is the only state agency in Ukraine in charge of license allocation. Thus, it gets to decide who gets the license, and apparently at what cost. Over the past three years, Derzhgeonadra's management has secured support from a number of influential "protectors" to run its illegal business smoothly.

Allegedly, Derzhgeonadra is still under control of pro-Russian oligarchs from Yanukovich's close circle, including Eduard Stavitskyi, Yuriy Boyko and Pavel Fuks [https://www.washingtontimes.com/news/2017/dec/6/ukraines-political-and-economic-death-spiral/], who follow their political and business agenda forcing small gas producers to give up their business.

The experts claim that the actions of Derzhgeonadra's management cost Ukraine circa 5-7 billion in damages annually. In addition to a huge financial loss, the country is being stripped off its energy reserves. However, the lack of transparency on behalf of current management of Derzhgeonadra does not allow us to obtain exact figures. During a recent visit to the U.S. of Mr Sytnyk, the Department of State strongly urged him to investigate deplorable acts of corruption in the State Service of Geology and Mineral Resources of Ukraine.