Setting goals and trying to achieve them is what keeps me going: Sharath Kamal 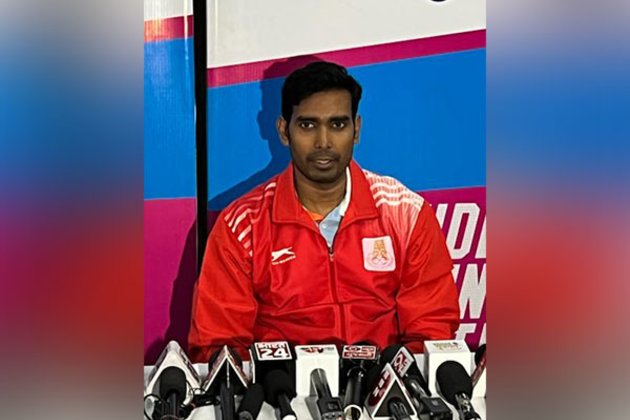 Surat (Gujarat)[India], September 22 (ANI): Indian table tennis legend Achanta Sharath Kamal has said he is looking forward to competing in the National Games after a gap of 12 years and thanked the Gujarat organisers for being sensitive to the schedule of the top players and bringing forward the competition ahead of the grand opening ceremony on September 29.

"The World championships are being held at the same time as the National Games. So, the organisers conducted the Table Tennis event here a bit early. It is really nice of them, and we also appreciate and feel good about playing our matches. It is a good practice for our World championships," said Sharath Kamal.

"I last played the National Games in 2011 and now I have come to play another edition. It feels nice to see the arrangements here, not only for the top-level players but also for all players present here," said Sharath who bagged three gold and a silver in the 2022 Commonwealth Games, proving that age is just a number.

The 10-time National champion has been going strong despite the rise of many young stars in Indian Table Tennis. He insists that setting goals and trying to set higher targets after every achievement has been his recipe for success.

"All these years I set up a goal and I work for it. After the 2016 Olympic Games, I felt that I have to perform better in Asian Games 2018 and after that, in the 2020 Olympics the target was to win a medal but I lost in the round of 32. I am able to set targets and that is helping me work in the right direction," he said.

"There is always this goal that if I missed out on something I get the chance to do it later. For example, I won the singles medal in 2006 and when I won a bronze in 2018, I wished I had won gold," said Sharath, who regained that title in Birmingham this year apart and also clinched the mixed doubles and team gold medals.

Sharath's next target is to try and make it to the podium at the Olympic Games and he feels that the first step towards that goal is for the Indian team to qualify for Paris 2024. "In 2024, we'll try to qualify as the men's team has a good chance to win a medal. We missed out on qualifying the last time but now I think we have good momentum. If we keep it up, we'll qualify for Olympics as well and we hope we win medals in that as well," he said.

Sharath also expressed happiness over the way Indian Table Tennis has developed in the last few years. "For nearly 14 or 15 years, I was alone in terms of playing internationally and winning top-level events. But since 2016, a lot of difference can be seen thanks to Government and the Federation's support. We now have many players who are talented and if we continue to grow at this pace, we can become an outstanding nation in Table Tennis," he said. (ANI)