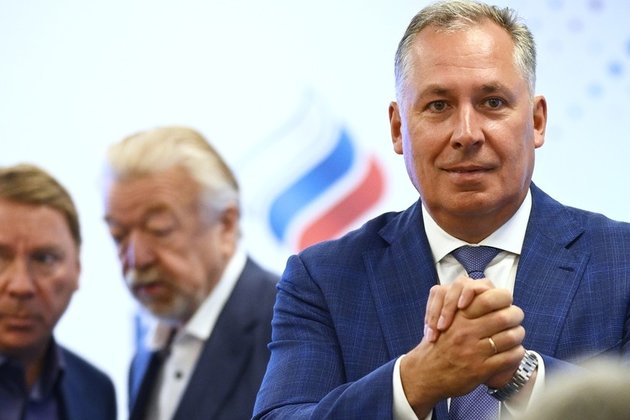 Russian Olympic Committee (ROC) president Stanislav Pozdnyakov has said there is agreement with his counterparts at international level that the return of Russian athletes at global competitions before the Paris 2024 Olympic Games is a "preferred scenario."

Russian and Belarusian sport have been hit with a wave of bans following a recommendation by the International Olympic Committee (IOC) back in February because of the conflict in Ukraine.

Speaking in Moscow on Thursday, ROC chief Pozdnyakov said that Russia and the IOC were both aiming for Russian athletes to be cleared to compete again in time for the Paris 2024 Summer Olympics.

"The basic and preferred scenario is the return of Russian athletes at international competitions on the eve of the Olympic Games in 2024 and 2026," said Pozdnyakov, according to TASS.

"The ROC is doing everything within its competence to ensure that sanctions against Russian athletes are lifted.

"According to the results of consultations organized at the initiative of the IOC, the scenario mentioned is preferable for both the IOC and for international federations."

Last week, American Olympic official Susanne Lyons revealed that the IOC had already sounded out members over a potential "pathway" back for Russian and Belarusian athletes.

That news came despite IOC president Thomas Bach insisting last month that the time was "not right" for the bans to be lifted.

Bach has attempted to defend his organization's stance by claiming the recommendation against Russian and Belarusian athletes partly protects them from supposed hostility they would face when competing abroad.

Elsewhere, IOC official and former World Anti-Doping Agency (WADA) chief Craig Reedie has suggested that if the bans are not lifted in the near term, Russian and Belarusian athletes could miss out on the Paris Games because they are not cleared to compete in qualifying tournaments beforehand.

Pozdnyakov noted that the current situation was largely beyond his control.

"Everything is in the hands of the IOC and international federations," said the four-time Olympic fencing champion.

"But we clearly understand that the actual possibility of the participation of the [Russian] team in the upcoming Olympics will largely depend on a number of non-sporting factors.

"Namely the visa regime, border and customs procedures established by EU countries, restrictions on cross-border payments in rubles or foreign currency, other technical aspects of supporting our team and delegation," he added.