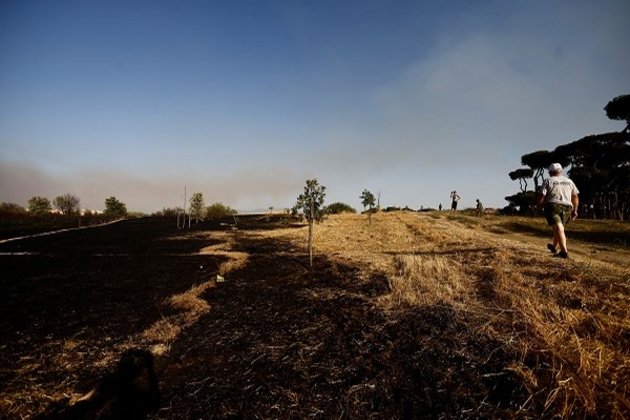 The submissions of Additional Solicitor General Chetan Sharma, appearing for the central government today during the hearing of public interest litigation seeking the constitution of an expert committee for the realisation of the promises made by India at the United Nations Framework Convention on Climate Change (UNFCCC) in 2021.

After the status report of Centre, the Bench of Justice Satish Chander Sharma and Subramonium Prasad today allowed the petitioner to withdraw the petition from the Delhi High Court. The petition was filed by lawyer Rohit Madan through Advocate Akshay R.

India at the 26th session of the Conference of the Parties (COP26) to the United Nations Framework Convention on Climate Change (UNFCCC) held in Glasgow, United Kingdom, expressed to intensify its climate action by presenting to the world five nectar elements (Panchamrit) of India's climate action. This update to India's existing NDC translates the 'Panchamrit' announced at COP 26 into enhanced climate targets. The update is also a step towards achieving India's long-term goal of reaching net zero by 2070.

According to the Centre communication, as per the updated NDC, India now stands committed to reduce Emissions Intensity of its GDP by 45 per cent by 2030, from 2005 level and achieve about 50 per cent cumulative electric power installed capacity from non-fossil fuel-based energy resources by 2030.

Cabinet approval, also takes forward the Prime Minister's vision of sustainable lifestyles and climate justice to protect the poor and vulnerable from adverse impacts of climate change. The updated NDC reads "To put forward and further propagate a healthy and sustainable way of living based on traditions and values of conservation and moderation, including through a mass movement for 'LIFE'- 'Lifestyle for Environment' as a key to combating climate change".

The decision on enhanced NDCs demonstrates India's commitment at the highest level for decoupling of economic growth from greenhouse gas emissions.

India's updated NDC has been prepared after carefully considering our national circumstances and the principle of common but differentiated responsibilities and respective capabilities (CBDR-RC).

Recognizing that lifestyle has a big role in climate change, the Hon'ble Prime Minister of India, at COP 26, proposed a 'One-Word Movement', to the global community. This one word is LIFE...L, I, F, E, i.e. Lifestyle For Environment. The vision of LIFE is to live a lifestyle that is in tune with our planet and does not harm it. India's updated NDC also captures this citizen-centric approach to combat climate change.

The updated NDC also represents the framework for India's transition to cleaner energy for the period 2021-2030.

The updated framework, together with many other initiatives of the Government, including tax concessions and incentives such as Production Linked Incentive scheme for promotion of manufacturing and adoption of renewable energy, will provide an opportunity for enhancing India's manufacturing capabilities and enhancing exports.

It will lead to an overall increase in green jobs such as in renewable energy, clean energy industries- in automotives, manufacturing of low emissions products like Electric Vehicles and super-efficient appliances, and innovative technologies such as green hydrogen, etc.

India's updated NDC will be implemented over the period 2021-2030 through programs and schemes of relevant Ministries /departments and with due support from States and Union Territories.

The Government has launched many schemes and programs to scale up India's actions on both adaptation and mitigation. Appropriate measures are being taken under these schemes and programs across many sectors, including water, agriculture, forest, energy and enterprise, sustainable mobility and housing, waste management, circular economy and resource efficiency, etc.

India's climate actions have so far been largely financed from domestic resources. However, providing new and additional financial resources as well as transfer of technology to address the global climate change challenge are among the commitments and responsibilities of the developed countries under UNFCCC and the Paris Agreement. India will also require its due share from such international financial resources and technological support.

India's NDC do not bind it to any sector-specific mitigation obligation or action. India's goal is to reduce overall emission intensity and improve energy efficiency of its economy over time and at the same time protecting the vulnerable sectors of economy and segments of our society. (ANI)

France declares wildfire out, firefighters came from all of Europe

PARIS, France: French firefighters have stopped the spread of a "monster" wildfire in the country's southwest, allowing the reopening of ...

Noodle makers ask to increase prices after 14-years in Thailand

BANGKOK, Thailand: Instant noodle makers have asked Thailand to allow them to increase their prices to meet rising costs, which ...

U.,S. stocks back on the defensive, Nasdaq drops 164 points