Celebrations in Varanasi over Vijay Kumar Yadav's bronze in CWG 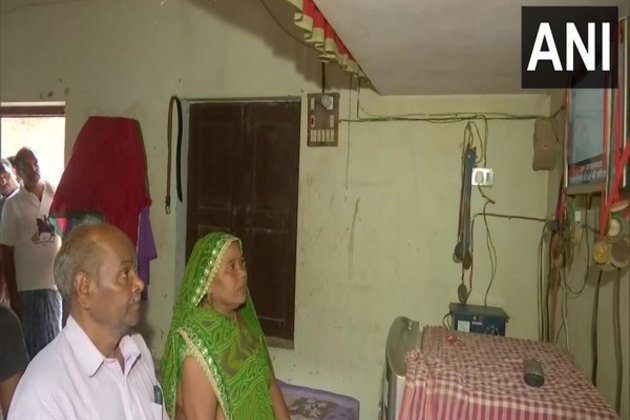 People from Vijay's native place were distributing sweets after the match and neighbours garlanded his parents and congratulated them.

With this win, Yadav gave India its eighth medal in Birmingham 2022. Vijay Kumar bagged a waza-ari after just 5 seconds of the bell and held on to clinch the ippon to take home the bronze medal in the men's 60 Kg judo event. The match lasted all of 58 seconds.

"He has struggled a lot since the start of his career and worked hard. He moved to Gorakhpur from Varanasi and then to Saharanpur and now he has reached to Commonwealth," said Vijay's father Dasharath Yadav. He further said, "now we expect that after his medal, the government will help us."Vijay's mother Chinta Devi also looked very happy. "We are extremely elated that he bagged a bronze medal in Commonwealth Games 2022. He was very hardworking from his childhood itself. He never used to tell me about his injuries," said Vijay's mother.

However, despite clinching a bronze medal in the 60kg final, Vijay said that he is not happy that he missed out on a gold medal in the Commonwealth Games and will next focus on Asian Games.

"I'm happy but also sad as I couldn't win the gold medal. I kept working hard and did not give any excuse despite many challenges. Next, I will focus on Asian Games and Paris Olympics," Vijay told ANI.

Vijay made quick work of Petros Christodoulides in the opening minute of the bronze medal match to claim a medal for India.

On the same day, Sushila Devi Likmabam clinched a silver medal in the women's 48 kg final, giving India its seventh medal in the Commonwealth Games 2022 on Monday. (ANI)

France declares wildfire out, firefighters came from all of Europe

PARIS, France: French firefighters have stopped the spread of a "monster" wildfire in the country's southwest, allowing the reopening of ...

Noodle makers ask to increase prices after 14-years in Thailand

BANGKOK, Thailand: Instant noodle makers have asked Thailand to allow them to increase their prices to meet rising costs, which ...

U.,S. stocks back on the defensive, Nasdaq drops 164 points