Mariners pull out victory over Mets 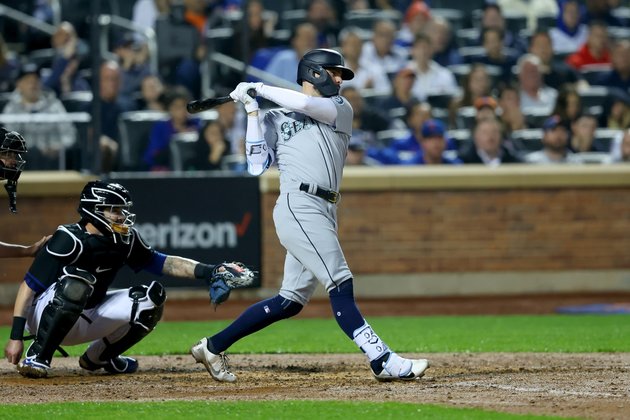 The Mariners, who played at Citi Field for the first time since the park opened in 2009, won for just the fourth time in 12 games this month. The Mets, who have yet to lose a series this season, have dropped two of three.

After a taut pitcher's duel between the Mets' Max Scherzer and the Mariners' Marco Gonzales, New York's Drew Smith (0-1) walked pinch-hitter Abraham Toro and Adam Frazier leading off the eighth. France followed with a single down the third base line to tag Smith with his first earned run of the season in 13 1/3 innings.

The rally made a winner out of former Mets pitcher Paul Sewald (2-1), who struck out Starling Marte to strand two in the seventh before retiring all three batters he faced in the eighth. Sewald went 1-14 for New York from 2017-2020 but is 12-4 for Seattle.

Drew Steckenrider earned his second save with a perfect ninth.

The Mets built their lone run against Gonzales in the first, when Brandon Nimmo legged out an infield single, went to third on Marte's double and scored on a sacrifice fly by Francisco Lindor.

Gonzales then walked Pete Alonso before striking out Eduardo Escobar and getting Mark Canha to hit into a fielder's choice. The left-hander allowed only two runners beyond first base the rest of the way. He gave up five hits and walked three while striking out five over 6 2/3 innings.

Scherzer allowed one run on three hits and two walks while striking out six over seven innings. He retired the first 10 batters he faced before plunking France, who advanced to third on a single by J.P. Crawford and scored on a single by Jesse Winker.

The Mariners loaded the bases with one out against Scherzer in the seventh, but he wriggled out of the jam by getting Steven Souza Jr. to hit into a 5-4-3 double play.