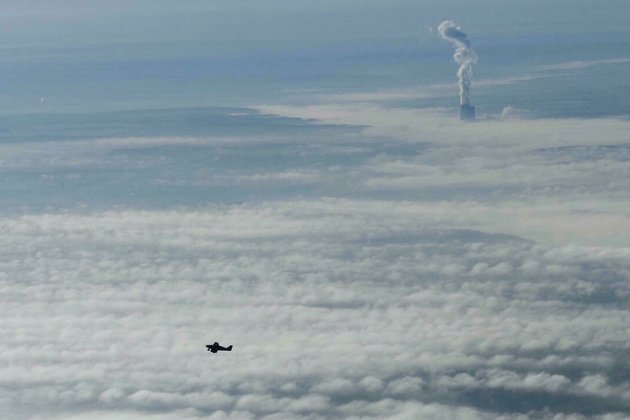 Shares in France's energy company EDF plummeted on Friday after the government ordered it to sell more cheap nuclear power to rivals to limit a rise in electricity prices and keep the electorate on-side ahead of presidential polls in April.

EDF shares were down by about 20 percent at 8.25 euros per share at opening on Friday morning, having hit their lowest levels since September 2020 on Thursday.

The nosedive comes as the energy provider - which is 80 percent state-owned - maintains that the government's decision to boost nuclear output will cost the company up to 8.4 billion euros.

With only three months to go before France's presidential elections, President Emmanuel Macron's government is facing mounting public pressure over the rising cost of living.

By capping power price increases at 4 percent this year, the government has left investors in EDF to take the hit, rather than individual households.

And the Macron administration is anxious to avoid a repeat of the Yellow Vest demonstrations that raged across the country three years ago over fuel price hikes.

To add to EDF's woes, the group announced Thursday that it has lowered its nuclear production forecast following technical problems that have forced the utility to extend energy production in a fifth nuclear reactor.

Investment analysts say the supply of nuclear power to competitors and increased output will be detrimental to EDFs operating profit by as much as 13 billion euros.

Macron has been wary of the impact Europe's energy crisis is having on living costs in France ahead of presidential polls.

And the violent street protests that morphed into a broader anti-government revolt in 2018 remain fresh in the electorate's mind.

Finance Minister Bruno Le Maire told Le Parisien newspaper that without the introduction of the new price capping measures, power bills would jump by more than 35 percent instead of 4 percent on 1 February.

Le Maire added that the European Commission has approved the government's plan of action.

Timeline for closing old reactors could be affected

However the decision to put most of the financial burden on EDF's shoulders comes at a time when the company is already reeling from a series of setbacks in France's nuclear power strategy.

Earlier this week, EDF said fuel loading at its new-generation EPR reactor at Flamanville, a project already years late and billions over budget, would be pushed back by up to six months.

The company is also coming to terms with technical issues linked to corrosion on tube weldings affecting four of its older reactors.

Meanwhile, France's ASN nuclear authority has confirmed that EDF has begun investigating whether corrosion problems exist in other nuclear facilities elsewhere, highlighting the possibility that some reactors may have to be shut down ahead of planned dates for decommissioning.