US, China step up race for rare-earth dominance 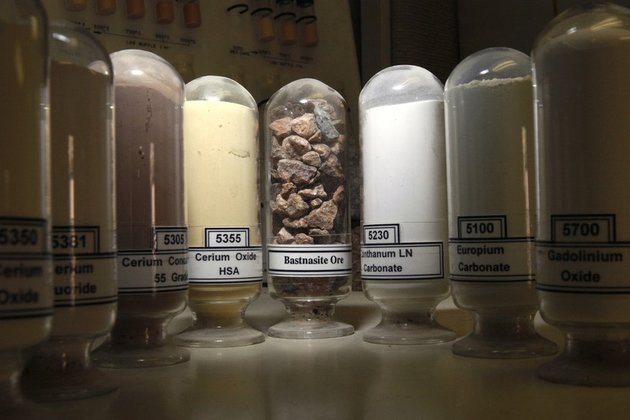 Washington is seeking to thwart China's near control over the sector

A bipartisan piece of legislation to be introduced in the US Senate on Friday would force defense contractors to stop buying rare earth minerals from China by 2026, Reuters reports.

The bill will also require the use of the Pentagon to create a permanent stockpile of the strategic minerals. It essentially uses the Pentagon's purchase of billions of dollars-worth of fighter jets, missiles and other weapons as leverage to require contractors to stop using Chinese rare earths and thus support revival of domestic output. Waivers are allowed only in rare situations.

Rare-earth metals - a group of 17 elements that are critical for a wide range of industries from consumer electronics to military hardware - have long been at the center of the US-China trade war. The US used to be the world's number-one producer of those minerals, but is now heavily dependent on Chinese exports.

The United States currently has only one rare-earths mine and has no capability to process the minerals. Meanwhile, China accounts for around 80% of global rare-earth production and holds the largest reserves.

"Ending American dependence on China for rare earths extraction and processing is critical to building up the US defense and technology sectors," Senator Tom Cotton, an Arkansas Republican, told Reuters.

He has described China's evolution into global rare-earths leader as "simply a policy choice that the United States made," adding that he hoped fresh policies would loosen Beijing's grip.

To build its reserves the Pentagon buys supply in part from China, but the new requirements "should encourage more domestic (rare earths) development in our country," Cotton explained.

In the past two years, the Pentagon has given grants to companies trying to resume US rare-earth processing and magnet production.