We will bury you: What Nikita Khrushchev actually meant 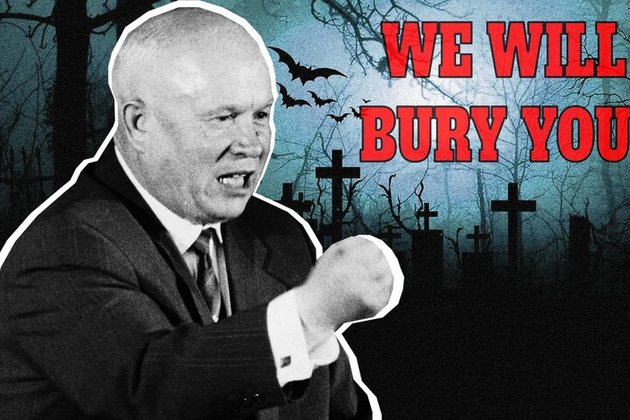 The Soviet leader wasn't careful in his expressions and in passionable speeches sometimes shocked the world with some claims that could be perceived as a nuclear threat or announcement of war... But, in reality, they weren't.

Before becoming the First Secretary of the Communist Party of the Soviet Union (shortly speaking, the Soviet leader), Nikita Khrushchev built his political career step by step from the very bottom. He was born in a family of miners in southern Russia and was a man of folks. Straightforward, he used the very folk language which didn't respond to the diplomacy etiquettes and sometimes shocked people around the world. 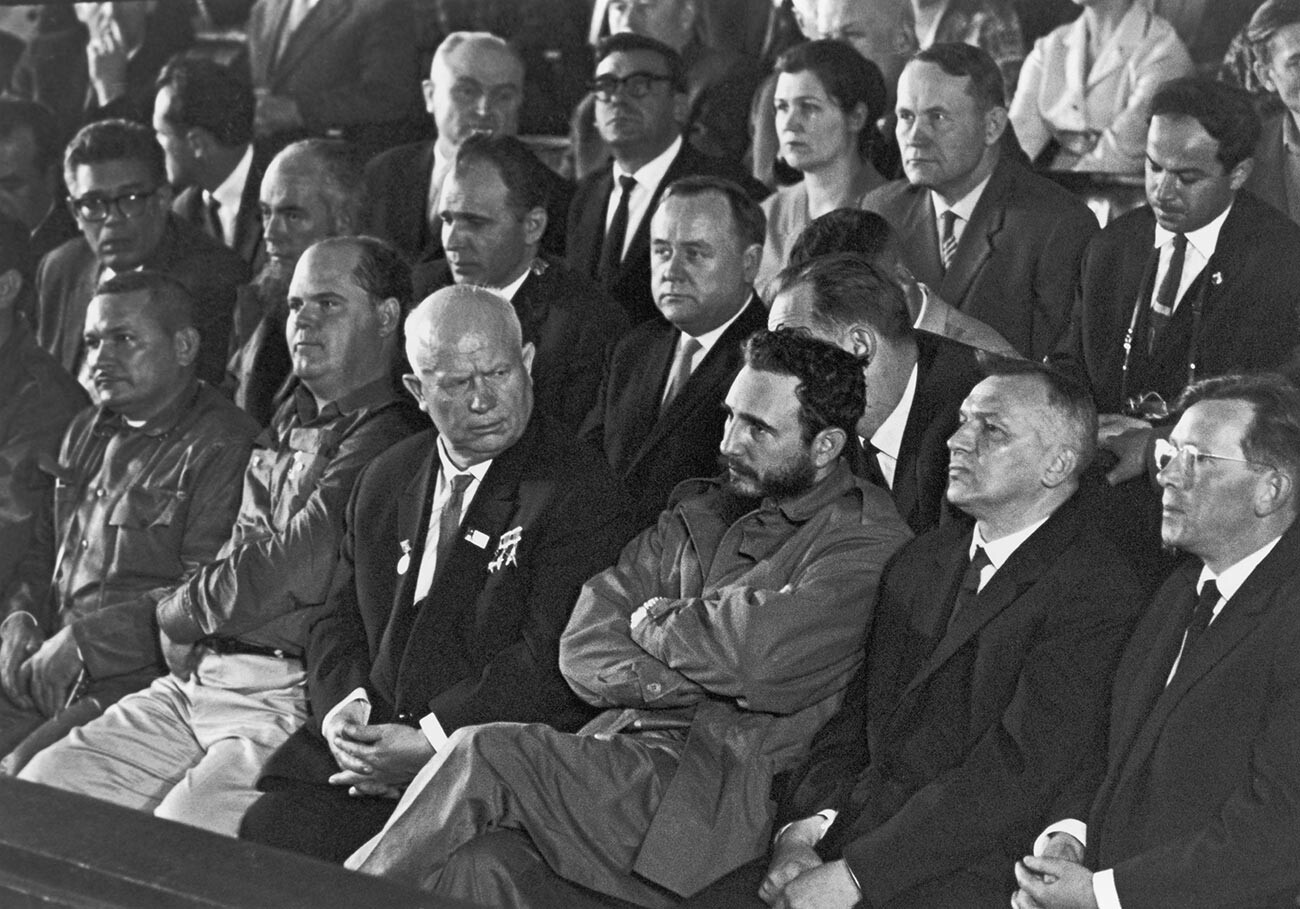 Khrushchev was famous for his eccentric wordings and very sincere behavior that political figures of such high rank didn't allow themselves. There were even myths and fake news about him that became incredibly widespread - such as banging a shoe during a UN speech, which in reality never happened.

There was also another famous occasion - when Khrushchev promised Nixon "to show Kuzma's mother". Then, the Soviet leader used a folk proverb (and a little mixed up its meaning) making translators and respondents confused.

What Khrushchev never hesitated to do was speak out about the Soviet ambitions to compete with the West. He wasn't careful in choosing expressions and one of them was pretty odd: "We will bury you."

When did he say it?

When, in the midst of the Cold War, one strong leader says "We will bury you", that can't be left without huge international attention. And Khrushchev was provocative saying this in front of a group of foreigners.

On November 26, 1956, at the reception attending western diplomats, Khrushchev took a word. Time Magazine called his manner pugnacious and wrote that "stubby" Khrushchev had "an intemperate speech that betrayed as much as it threatened". During his speech several diplomats left the room.

His speech was an answer to Western claims about the presence of Soviet troops in Hungary and other countries of the Eastern Europe. "They accuse us of interfering in Hungary's internal affairs. They find the most fearful words to accuse us. But when the British, French and Israelis cut the throats of the Egyptians, that is only a police action aimed at restoring order!" he said.

"You say we want war, but you have now got yourselves into a position I would call idiotic," he said, protecting the Soviet agenda. "But we don't want to profit from it. If you withdraw your troops from Germany, France and Britain - I'm speaking of American troops - we will not stay one day in Poland. Hungary and Romania."

A long and meaningful speech was, however, widespread among Western media in a sarcastic way and the phrase "We Will Bury You!" without context was put in many headlines.

In reality, corresponding to "the capitalist states", Khrushchev started his speech claiming that "we are Bolsheviks" and said that "whether you like it or not, history is on our side. We will bury you!" Khrushchev said.

Who will bury whom? 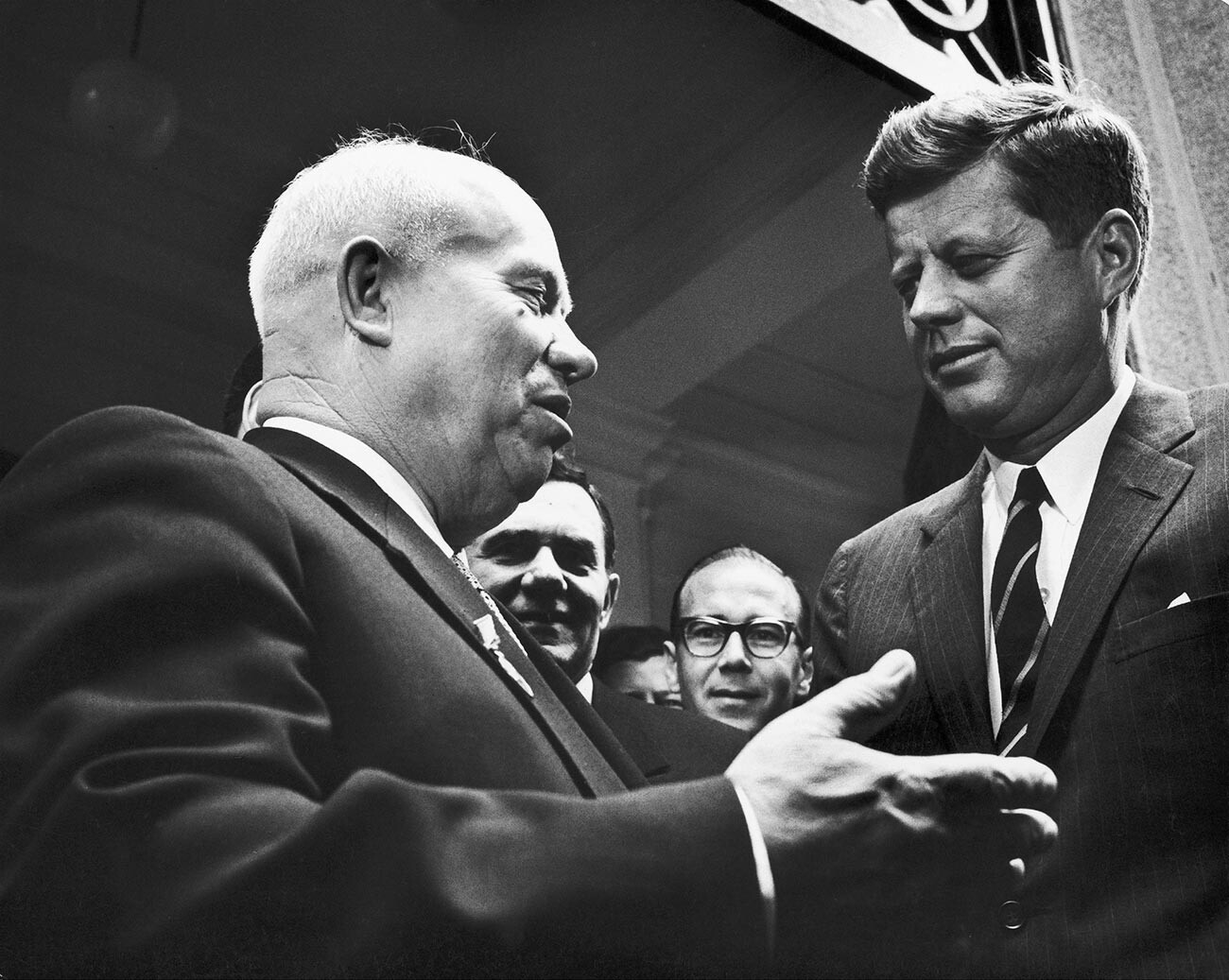 Americans considered Khrushchev's phrase as a menace, and even a nuclear war threat, and seemed to be genuinely concerned. Later, during Khrushchev's visit to the U.S. in 1959, the then Los Angeles mayor Norris Poulson told Khruschev: "We do not agree with your widely quoted phrase 'We shall bury you'. You shall not bury us and we shall not bury you. We are happy with our way of life. We recognize its shortcomings and are always trying to improve it. But if challenged, we shall fight to the death to preserve it."

The phrase was sung by Sting in his famous 1985 song 'Russians' that has the following words:

In Europe and America, there's a growing feeling of hysteria

Conditioned to respond to all the threats

In the rhetorical speeches of the Soviets

Mr. Krushchev said we will bury you

It would be such an ignorant thing to do

If the Russians love their children, too.

The mass misunderstanding of the context led people to think that the Soviets would kill and bury all the Americans, which is for sure not true and not what Khruschev meant. Speaking later in 1959 in Yugoslavia, Khrushchev repeated his own phrase and commented that he didn't mean real grave digging with a shovel. "What I had in mind was the outlook for the development of human society. Socialism will inevitably succeed capitalism," he said.

What he meant is that Bolsheviks and wider - communism - would survive, while capitalism was doomed to collapse. This was not Khrushchev's own idea and absolutely not a menace towards the West. Khrushchev was paraphrasing Karl Marx, who used to say that the proletariat is the undertaker of capitalism (in Russian translation they appear to be "the gravediggers" of capitalism). 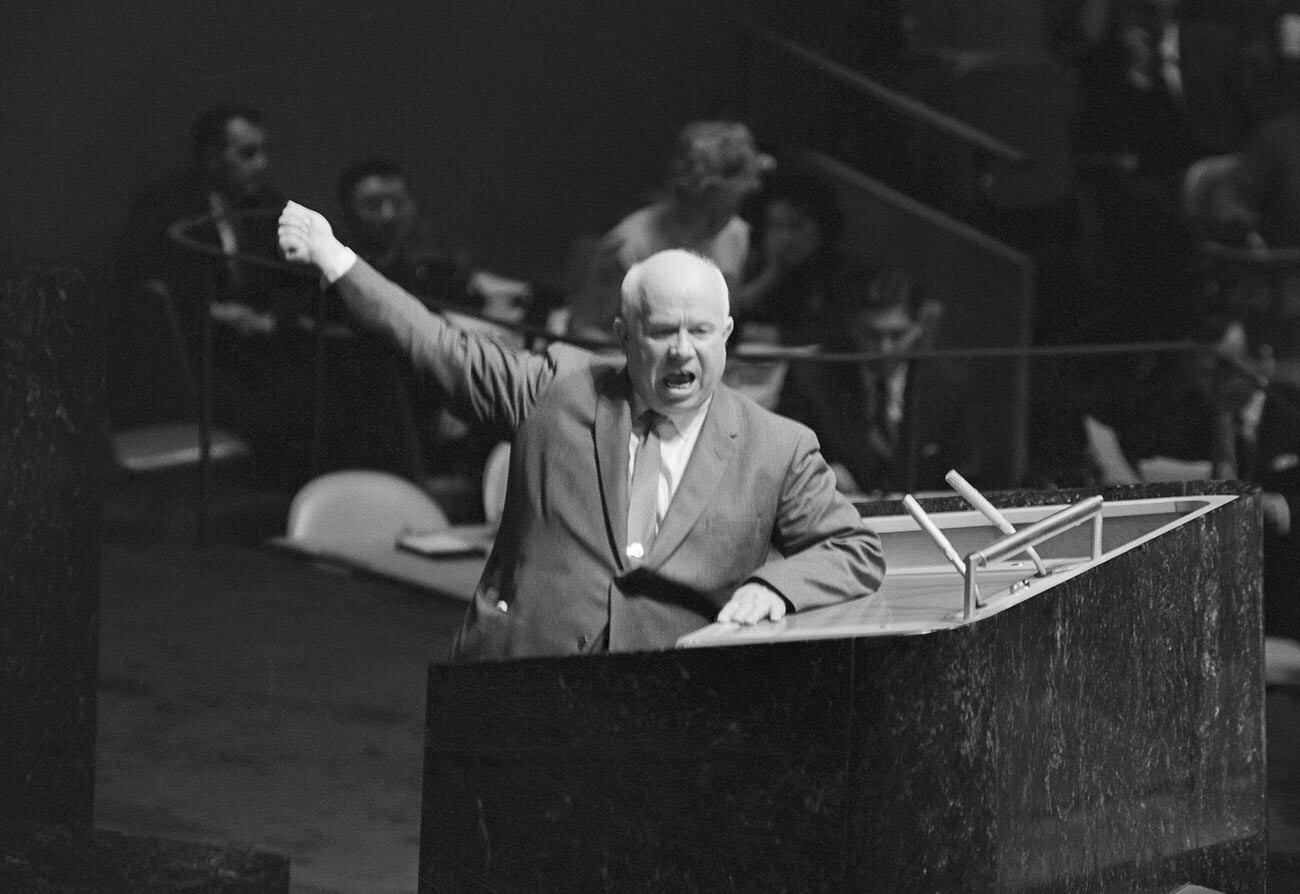 Khrushchev speaking at United Nations (without any shoe in his hand)

Sometimes, people mislead in thinking that the phrase "We will bury you" was only uttered during the Khrushchev speech at the UN in 1960. That's wrong, however, he used the idiom again.

"Let us talk, let us argue, but let us settle the questions of general and complete disarmament and let us bury colonialism that is accursed of all mankind," he said.

Please enable JavaScript to view the comments powered by Disqus.