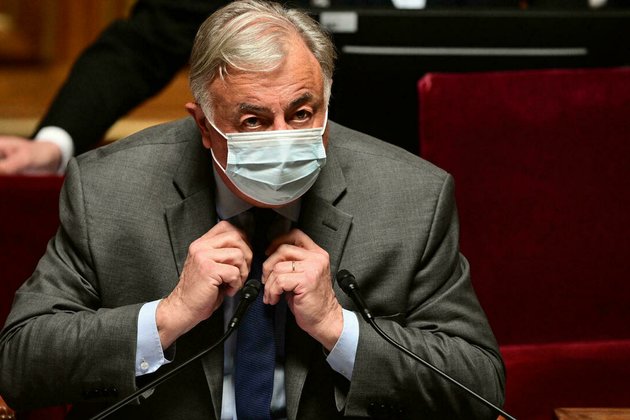 France's Senate voted early Thursday morning to pass an amended version of a bill that would transform the country's health pass into a stricter "vaccine pass".

The bill passed around 2:30 am Thursday by 249 votes to 63, with 26 abstentions. The vote, chaired by Senate President Gerard Larcher of the right-wing Republicans, followed two long days of relatively calm debate, contrasting with the turbulent climate that had surrounded the bill's adoption last week in the National Assembly.

Under the bill, French residents will be required to prove their vaccination status to access restaurants and bars, cultural venues, or interregional public transport. A negative Covid-19 test will no longer be sufficient, except for access to health facilities and services.

Members of the Senate and Assembly will meet early Thursday afternoon at the Palais Bourbon, seeking to reach a deal on a final version of the bill in joint committee. If an agreement is reached, the bill will be submitted for final votes in the Senate on Thursday and the Assembly on Friday.

If the two chambers fail to reach a deal, the bill will return to both chambers for a new round of amendments and voting, with the Assembly having the final say.

The Senate has made several amendments limiting the scope of the bill, putting it at odds with President Emmanuel Macron's government.

Under the senate bill, the vaccine pass could only be imposed when the number of Covid-19 hospitalizations exceeds 10,000 nationwide, and would automatically be suspended below this threshold. The number of hospitalized patients is currently near 24,000, according to health authorities.

The senators also limited the vaccine pass requirement to those aged 18 and up. Minors aged 12 to 17 would still be required to present a simple health pass, for which a negative test suffices.

On the left, Socialist senator Jean-Pierre Sueur noted that the vaccine pass "comes close" to the party's position in favor of mandatory vaccination.

Among those who voted against the bill were 20 Republicans as well as members of the opposition Communist, Republican, Citizen and Ecologist group, whose president Eliane Assassi said it would impose a "securitarian logic".