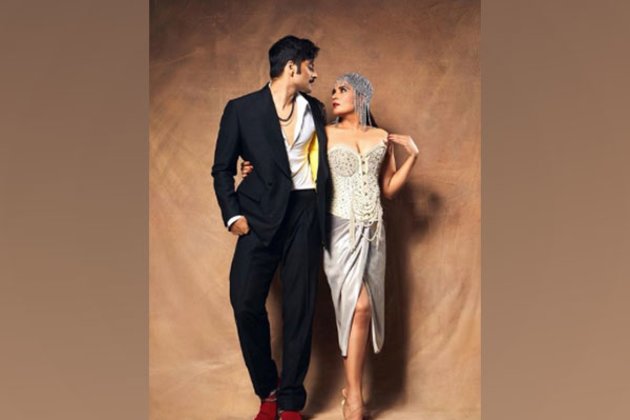 Mumbai (Maharashtra) [India], January 12 (ANI): Bollywood actor Richa Chadha said she is "mad proud" for her partner and actor Ali Fazal, who will soon be seen in Kenneth Branagh's crime thriller 'Death on the Nile'.

Sharing Ali's latest character poster on her Instagram handle on Wednesday, Richa penned a note, expressing her love and pride for her "BFF and soul mate".

In the caption, she began, "Tere jaisa star kahaaan !!! Meri jaan meri Shaan. With a heart full of pride, I share with you this poster of cousin Andrew. Who you may also know as Abdul or Guddu Pandit or Lobo or Zafar Bhai or chameleon."Richa recalled the origin of the journey of the duo.

She wrote, "I love you and I am so happy the world gets to see this. Jab hum mile the, aap cycle pe the aur main i10 mein, tab se ab tak ka safar has been so hard and will continue to be but you know what? I wouldn't want it any other way. You know what's beautiful about this? It's all self-made."She concluded by sharing her excitement for his upcoming film.

"I love you and I am mad proud of you my partner, lover, BFF and soul mate @alifazal9. 2022 is the year of magic on ALL fronts. Amen. @deathonthenile ... coming next month woohoooooo," she signed off.

Ali is a part of the leading prominent cast in 'Death on the Nile' and will be seen essaying the character of Cousin Andrew Katchadourian, one of the suspects in this whodunnit murder mystery.

In the first poster of his character, Ali looks suave in old Hollywood style from the '30s in a dapper moustached look.