The battle at the crossroads of Russia & China 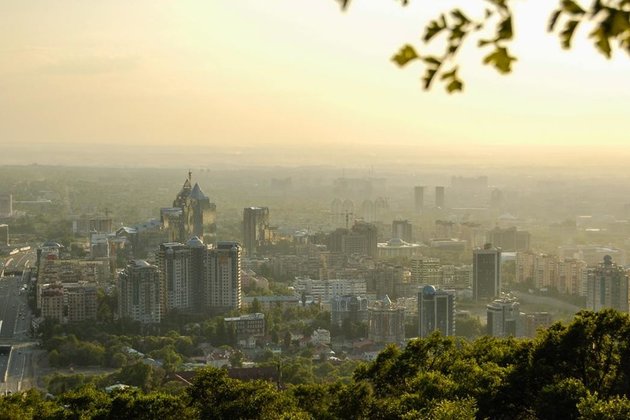 Recent news from Kazakhstan, home to nearly 20 million people and a center of geopolitical influence between Russia and China, is both intriguing and increasingly tragic, as its political landscape shifts rapidly and unexpectedly.

The intrigue comes from the fact that its former president and long-term de facto ruler Nursultan Nazarbayev has transferred his leadership of the party of power to the current president, Kassym-Jomart Tokayev. For many, this signals the end of three decades of Nazarbayev's rule in the first major handover of authority since the fall of the Soviet Union.

The tragedy, however, is a reminder of why the move is so unexpected. The poet Aron Atabek died earlier this week, having just been released from prison in Kazakhstan. His 15-year-long incarceration, often under conditions widely decried as abusive, was a form of political persecution, human rights activists and observers have maintained, even if the Kazakh authorities have always denied this. The writers' organization, PEN International, had long called for his release.

Taking place just as Kazakhstan is celebrating 30 years of post-Soviet independence, together these two events point to key questions of its past and future. For one thing, Nazarbayev's relinquishing of the party leadership is part of a long-drawn-out transition that began in the spring of 2019. At the time, he suddenly announced that he was stepping down as president and, in a political system with highly predictable election results, in essence appointed Tokayev as his successor.

The significance of that moment went well beyond the two men's individual careers. Nazarbayev had been in very firm control of Kazakhstan since 1989, initially as first secretary of the Central Committee of the ruling Communist Party when it was a Soviet republic and then, after the end of the Soviet Union in 1991, as president of an independent country. Inevitably, the very slow and guarded retreat from the de facto autocratic power that he initiated in 2019 was also the first time the country acquired a president who had not been its leader during the Soviet period. Notwithstanding the fact that Tokayev also had a Soviet component in his early career as a diplomat, the gradual transition of power is also another step in leaving the Soviet legacy behind.

Nazarbayev, it is true, still retains much power. He is holding on to his role as head of a national security council and his official title as "leader of the nation." His family remains extremely wealthy, well-connected, and influential. But one suspicion can probably be laid to rest now: When Tokayev acceded to the presidency in 2019, some observers believed he was merely an interim figure. His real mission, so those analysts believed, was to prepare another handover of the presidency, namely to a family member, Nazarbayev's daughter Dariga. Others have stressed that Tokayev is still overshadowed by both Nazarbayev's institutional power and the de facto cult around his personality.

It would be foolish to be certain, but a scenario in which Tokayev is merely a convenient instrument appears less likely now. Nazarbayev's successor may have been handpicked, but, it turns out, he has a serious chance to be more than a caretaker. At least one observer in Kazakhstan predicts that the transferal of the party leadership means that Tokayev even has the nod to run for a second term.

If President Tokayev is, as it were, increasingly for real, what does this imply for the country as a whole? One thing is not likely to happen: Nazarbayev's position as a living founding father of independent Kazakhstan will not be doubted or undergo public criticism. This robust status is not simply due to the former president's acumen for managing his own veneration. That, with the country's capital named after him now (compare a certain George Washington), has certainly played a role.

Yet there is more to Nazarbayev's standing. Like the other four states of post-Soviet Central Asia - Kyrgyzstan, Tajikistan, Turkmenistan, and Uzbekistan - Kazakhstan was, in essence, pushed into independence. In the deep Soviet crisis of 1989-1991, it was Russia (most of all), Ukraine, and Belarus that took the lead in not merely weakening or shrinking but destroying the Soviet Union. Other former Soviet republics were faced with a fait accompli.

For those of Central Asia, the new situation was especially challenging: They had seen major political upsets in the late-Soviet period already, essentially because Moscow, in its quest for reform, reneged on the post-Stalin unwritten deal, whereby local elites could engage in great corruption in return for loyalty.

One result was a massive recasting of elites, as part of which Nazarbayev rose to power in Kazakhstan. Another outcome was increasing social unrest, fanned further by late-Soviet policies of democratization and open debate. In Central Asia, issues of economic mis-development and discrimination by the Russian center of the Soviet Union came to the fore, even if Central Asians also derived real benefits from the Soviet order.

In sum, the countries of Central Asia reached independence without ever really being asked if they wanted it, and already having been shaken up. From this starting point, their trajectories have played out differently. Kazakhstan, on the whole, emerged as a state with pronounced authoritarian features that, nevertheless, still often looks better than some of its neighbors in the region.

At the same time, the country's endowment with natural resources, most importantly oil and gas, provided the basis for an economic development that has produced great inequality but also the highest per capita GDP in Central Asia. Finally, Kazakhstan's leadership has a solid record of managing the country's challenging geopolitical position, allowing no one great power (be it Russia, China, or the remote yet as always over-reaching USA) to monopolize its attention or loyalty. In addition, the country has also concluded an Enhanced Partnership and Cooperation Agreement with the EU.

Yet even if Nazarbayev's contribution to the history of Kazakhstan's independence will hardly be questioned, that does not rule out challenges to Kazakhstan's authoritarianism. That is the issue which brings us back to the fate of the poet Aron Atabek and what it might mean for the future.

Atabek was only released from prison when it was clearly too late to save his life. His condition was abysmal, in part because he was horribly underweight and suffering from Covid. Critics plausibly charge that the authorities let him go to die.

But he is not the only political prisoner who has been released. Tokayev, it is true, has already been attacked for having talked about liberalization but not coming through or, at least, delivering far too little. Yet the situation remains fluid. The new president, who has just grown in stature, has insisted that while looking toward a degree of democratization, Kazakhstan does not seek to simply imitate West European models, and will retain a presidential political system.

It is too early to tell what this will mean in practice. In reality, there is much room for Kazakhstan to become more democratic while not copying Western Europe. The real question is what its leadership wants. The weight of Tokayev in that leadership seems to have increased, while his loyalty to Nazarbayev and the system he built has been the key condition for his rise. It is impossible to predict the outcome of this constellation. It would, however, be foolish to dismiss the possibility of change.

The statements, views and opinions expressed in this column are solely those of the author and do not necessarily represent those of RT.