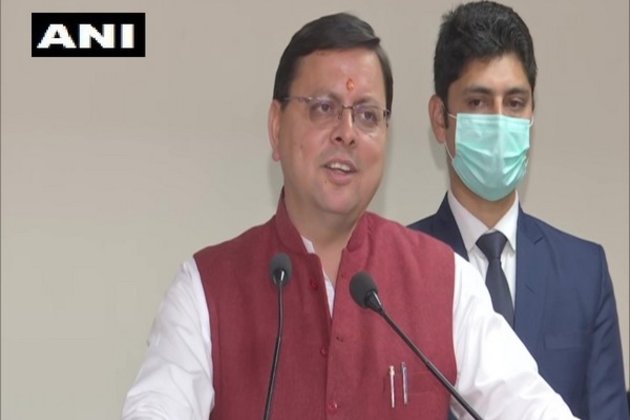 Dehradun (Uttarakhand) [India], November 27 (ANI): On the occasion of Constitution Day, Uttarakhand Chief Minister Pushkar Singh Dhami on Friday said that it is the spirit of the Constitution of India that a tea seller as the Prime Minister of a country is giving direction to India and the entire world.

Emphasizing the right to Freedom of Speech and Expression guaranteed under Article 19 of the Constitution of India, the Chief Minister said that from a common man to an influential one, anyone can speak their mind in India because of our Constitution.

"It is the spirit of Indian Constitution that a tea seller as the PM of a country is giving direction not just to India but the entire world," Dhami said during his address at the program organized on the occasion of Constitution Day.

"If we look at neighbouring countries, people have lost their right to free speech...From a common man to an influential one, anyone can speak their mind in India because of our Constitution," he added.

Earlier on Friday, Prime Minister Narendra Modi on the occasion of the Constitution Day said that people with the "colonial mindset" create obstacles in the path of India's development in the name of "freedom of expression".

Addressing the Constitution Day celebrations organised by the Supreme Court at Vigyan Bhawan, the Prime Minister said: "Today there is no nation in the world that exists as a colony of another nation. But this does not mean that the colonial mindset has ended. This mindset is giving rise to many distortions. We can see a clear example of this in the hurdles cropping up in the development journey of developing nations. Efforts are made to close the means and path for the development of developing nations.""But it is unfortunate that in our country too, due to such a mentality, obstacles are put in the path of development. Be it in the name of freedom of expression or something else. We are the only country in the process of achieving the goals of the Paris Agreement ahead of time. And yet, in the name of the environment, various pressures are created on India. All this is the result of colonial mentality," stated the Prime Minister.

Noting that the poor now had access to quality infrastructure which was once limited to people with resources, the Prime Minister added that 'sabka saath-sabka vikas, sabka vishwas, sabka prayas' is the most potent manifestation of the spirit of the constitution.

President Ram Nath Kovind led the celebrations of Constitution Day at the Central Hall of Parliament House onwards on Friday.

The observation of Constitution Day started in 2015, based on the vision of the Prime Minister to give due recognition to the significance of this historic date. (ANI)