Ukraine says it's ready to defend itself against Russia 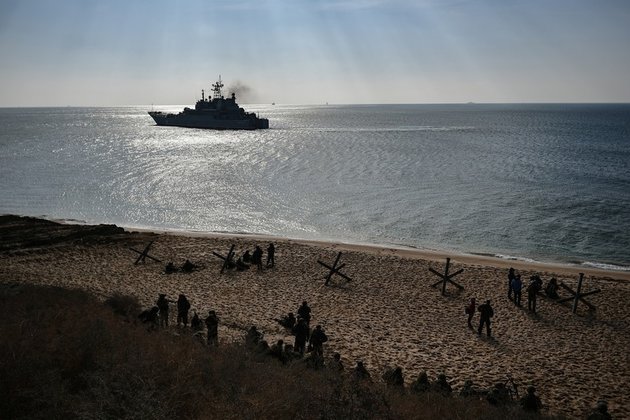 The Ukrainian armed forces are preparing to use all available resources to hold the front line against any Russian invasion, the country's foreign minister has insisted, as the war of words between East and West ramps up.

Speaking during a closed online discussion with French foreign policy think tanks and reporters, Dmitry Kuleba said that Kiev, with Paris and Berlin, continues to stress the importance of negotiating a political and diplomatic solution to avoid a potential conflict with Russia.

The top official claimed that his country and its partners are now focusing all of their efforts on deterring Moscow from hostile actions. "At the same time... no one should have any doubts that in the case of a new stage of full-scale aggression from the Russian Federation against our state, Ukraine will be protected by all available means," he insisted.

Kuleba's comments come amid rumors of a buildup of Russian troops and military hardware near Ukraine's border. Several publications have published stories in recent days about a possible armed conflict breaking out between the two Eastern European states after Kiev's domestic intelligence agency published a theoretical plan of how Russian troops could invade.

Ukraine's top diplomat sounded the alarm earlier this month in communication with his French and German counterparts, urging the two nations to be prepared for the possibility of a Russian attack against his country. "If Russia starts acting, you simply won't have time physically to coordinate, to go through all the bureaucratic procedures, to coordinate decisions."

The Kremlin has repeatedly denied the allegations and derided photographs purporting to show military hardware stationed hundreds of kilometers from the border, accusing the US of being behind a disinformation campaign designed to inflame tensions.

President Vladimir Putin's press secretary, Dmitry Peskov, hit back by arguing that "the movement of some of our military equipment or army units across the territory of the Russian Federation is exclusively our business."