France Calls for European Aid After 27 Migrants Die at Sea 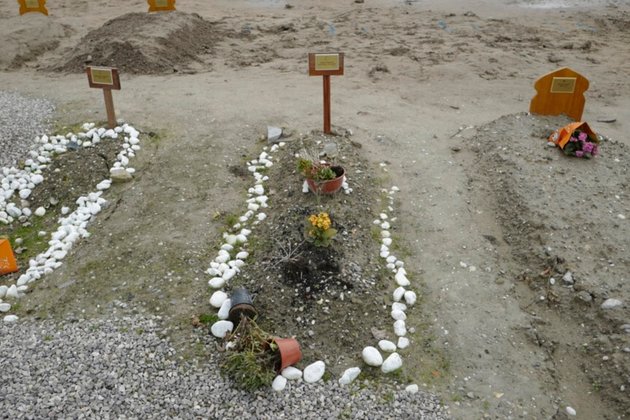 CALAIS, FRANCE - France and Britain appealed Thursday for European assistance, promised stepped-up efforts to combat people-smuggling networks, and traded blame and barbs in the wake of this week's tragedy in the English Channel that again shone a light on the scale and complexity of Europe's migration problems.

At least 27 migrants drowned Wednesday after their inflatable dinghy capsized as they tried to cross the channel. It was the deadliest migration accident to date on the dangerous stretch of sea, a busy shipping lane crisscrossed by hulking freighters and frequently beset by treacherous weather, waves and currents.

French President Emmanuel Macron appealed to neighboring European countries to do more to stop illegal migration into France, saying that when migrants reach French shores with hopes of heading on to Britain, 'it is already too late.'

Macron said France was deploying army drones as part of new efforts to patrol its northern coastline and help rescue migrants at sea. But he also said that a greater collective effort was needed, referring to France as a 'transit country' for Britain-bound migrants.

'We need to strengthen cooperation with Belgium, the Netherlands, Germany, but also the British and the [European] Commission,' he said on a visit to Croatia. 'We need stronger European cooperation.'

Ministers from France, Germany, the Netherlands, Belgium and Britain and EU officials will meet Sunday to discuss increasing efforts to crack down on migrant-smuggling networks, Macron's government announced.

They will convene in Calais, one of the French coastal towns where migrants gather, looking for ways to cross to the British coast, which is visible from France on clear days.

Macron described the dead in Wednesday's sinking as 'victims of the worst system, that of smugglers and human traffickers.'

Migrants rights activists hold candles during a gathering outside Calais, France, Nov. 25, 2021. At least 27 migrants died when their small boat sank in an attempted crossing of the English Channel, a French government official said Nov. 24, 2021.

Ever-increasing numbers of people fleeing conflict or poverty in Afghanistan, Sudan, Iraq, Eritrea or elsewhere are risking the perilous journey from France, hoping to win asylum or find better opportunities in Britain. The crossings have tripled this year, compared with 2020.

Interior Minister Gerald Darmanin said two survivors were treated for hypothermia; one is Iraqi and the other is Somali. He said authorities were working to determine the victims' nationalities.

Macron's government vowed to bring those responsible for the tragedy to justice, piling pressure on investigators. Darmanin announced the arrests of five alleged smugglers who he said were suspected of being linked to the sinking. The prosecutors office investigating the deaths confirmed five arrests since Wednesday but said they didn't appear to be linked to its probe.

British Prime Minister Boris Johnson and Macron spoke after the tragedy and agreed 'to keep all options on the table to stop these lethal crossings and break the business model of the criminal gangs behind them,' Johnson's office said.

Macron advocated an immediate funding boost for the European Union's border agency, Frontex, according to his office.