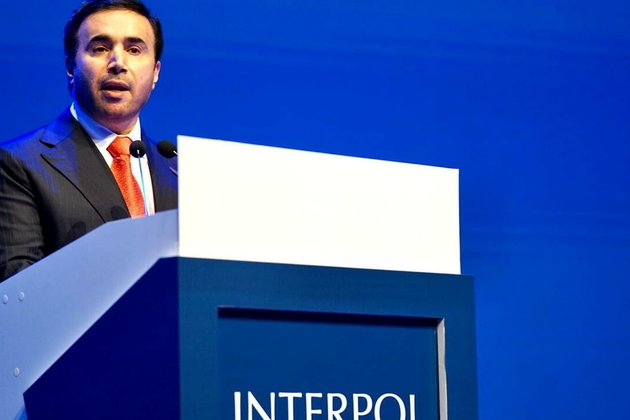 The international law enforcement body Interpol on Thursday elected a controversial official from the United Arab Emirates as its new president during its annual General Assembly in Istanbul.

Al-Raisi, who went on an extensive lobbying trip to the US and Latin America at the eve of the Interpol elections, stands accused by human rights groups of involvement in torture and arbitrary detentions in the UAE.

Complaints against him run in five countries, including in France, where Interpol has its headquarters, and in Turkey, where the election is took place.

"We are appalled by the election of Ahmed Nasser Al Raisi at the presidency of Interpol, but it doesn't come as a complete surprise," said Alexis Thiry, a legal advisor with the MENA Rights Group, an NGO that focuses on human rights in the Middle East and north Africa, said in an emailed.

Thiry told RFI the move did not come as a complete surprise, as it was "symptomatic of the growing influence of the United Arab Emirates over the organisation".

"The international police organisation is now represented by an autocratic regime that considers criticism as terrorism and spies on, arrests and tortures its dissidents," he said.

"This is all the more concerning as non-democratic regimes like the UAE have a record of misusing red notices for political motives."

French politician Julien-Hubert Leferriere, who has been campaigning against Al Raisi's election, called it "a presidency of shame."

The vote for president has been closely watched since the first-ever Chinese president of the body, Meng Hongwei, vanished midway through his four-year term on a return trip to China in 2018.

It subsequently emerged that he had been detained, accused of bribery and other alleged crimes in an operation that is part of Chinese president Xi Jinping's anti-corruption drive that has put thousands of people behind bars.

Another controversial move was the election of Hu Binchen, a deputy director in charge of international cooperation, as representative for Asia in Interpol's 13-member executive committee.

A statement by the Inter-parliamentary Alliance on China (Ipac) a group representing MPs from some 20 countries, expressed "deep concern" by Hu's election.

"The government of the People's Republic of China (PRC) has repeatedly abused the Interpol Red Notice to persecute dissidents in exile.

It is not the first time that Interpol's presidency is surrounded by controversy. According to investigative reporter Gerald L Posner, in a letter to the New York Times on 22 February 1990, Interpol's hierarchy has had an unhealthy history of close connections to national socialism.

"Not only did Interpol share its headquarters with the Gestapo during World War II, but it also officially operated as a division within the Nazi Security Police," Posner said.

According to Posner, Interpol's right-wing bias continued after the war. In 1963, Jean Nepote was elected president. He had collaborated with France's Vichy Government during the war.

"In 1968, Interpol elected Paul Dickopf as its president. Although it was discovered that he had been an SS officer in the war, having worked in the very villa where Interpol and the Gestapo were headquartered, he nevertheless remained president until 1972," Posner wrote.

However a CIA file that was declassified in 2007, while stating that he was a "second lieutanant in the security police" seems to suggest that he "no membership of the Nazi party" and "fled Germany because of moral objections to the Nazi regime" in 1943.