France ramps up 'lax' efforts to protect women from violence 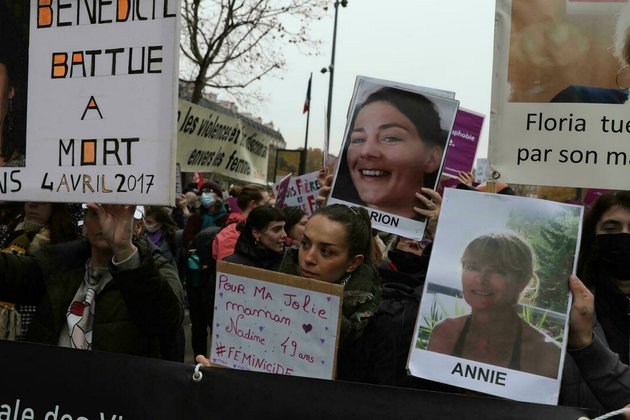 Marking the International Day for the Elimination of Violence against women, French Prime Minister Jean Castex on Thursday signed decrees putting into place new measures to "enforce the protection of victims and the fight against violence". Advocates have long criticised France's investment in protecting women as too lax.

"Fighting violence against women is at the heart of the government's action," said the Prime Minister's office, calling for "collective mobilisation", encouraging people to contact the national 3919 hotline in the case of abuse.

The new measures include the opening of 1,000 shelter spaces for victims in 2022 - bringing the total number of shelters to 9,000 - as well as maintaining the same level of financing to combat violence.

Some 5,000 "serious danger" telephones, equipped with a button to contact authorities directly will be distributed in 2022.

The phones have "proven themselves and are effective to protect victims from their abuser", the Prime Minister's office said.

Police in France responded to 159,400 domestic violence cases in 2020, an increase of 10 percent from the previous year.

The national hotline saw an "exponential" 114 percent increase in calls between 2017 and 2020, according to the National Women's Solidarity Federationn which manages the line.

The federation noted that the vast majority (95 percent) of calls have to do with domestic violence. The 3919 hotline is anonymous and free of charge, and available 24 hours a day, seven days a week.

Women's advocacy groups have long decried the government's lack of commitment into the issue of domestic violence, which mostly concerns women, saying a trippling of investment was needed to make an effect.

French government, on back foot over femicide, announces new measures

Also included in the measures introduced Thursday is the introduction of a "week of equality between girls and boys" at schools, to be held during the week of 8 March from next year.