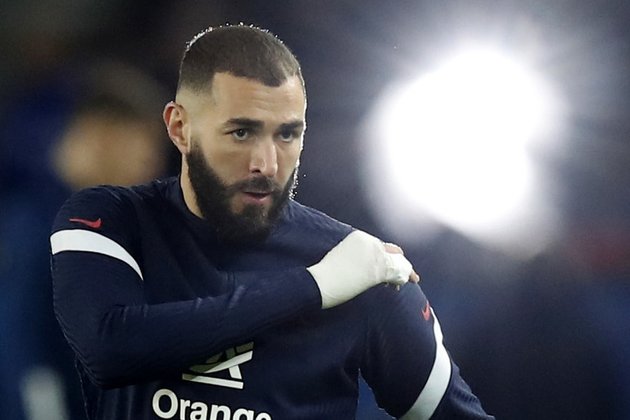 Real Madrid and France star Karim Benzema has been found guilty of conspiring to blackmail former teammate Mathieu Valbuena in a sex tape scandal, receiving a one-year suspended prison sentence and a fine of ?75,000.

The verdict at the Court of Versailles ends a saga stretching back over six years for the striker.

Continually claiming his innocence through his lawyers, the 33-year-old missed France's run to the Euros final on home soil in 2016 and their 2018 World Cup win in Russia as a consequence of the scandal.

Through his legal representative, Benzema told reporters that he attends to appeal against the verdict for "complicity" in the plot.

The crime began when another defendant, Axel Angot, discovered a sexually explicit video on Valbuena's phone once the winger asked him to transfer its content to a new mobile device.

Mustapha Zouaoui, another defendant, tried to use this as an excuse to extort money from Valbuena, who was playing for Benzema's boyhood club Lyon at the time and France.

A final two defendants became involved in Youness Houass and Karim Zenati - a childhood friend of Benzema's who prosecutors say recruited the Ballon d'Or hopeful as a "middleman."

Valbuena contacted police about the threats, which triggered a sting operation.

And then in October 2015, Benzema chatted to Valbuena with regards to the tape when the pair were at a France training camp together.

Denying any wrongdoing, Benzema has insisted he was merely attempting to resolve the situation and warn his colleague to "be careful" while describing the men blackmailing him as "serious criminals".

Yet police and prosecutors saw this differently and interpreted the events as Benzema offering assistance and abetting the blackmail plot.

In the fallout from the scandal, Benzema and Valbuena were immediately cut from the Les Bleus fold by coach Didier Deschamps and took no part in either Euro 2016 or the 2018 World Cup.

On the eve of Euro 2020, however, Benzema received a shock return call up, and it has already been said by French FA president Noel Le Graet even before the verdict that he will not be excluded from plans for Qatar 2022.

While Benzema has scored nine goals in his last 11 outings for France, Valbuena, who now plays for Olympiacos in Greece, has not been used by Deschamps since 2015.