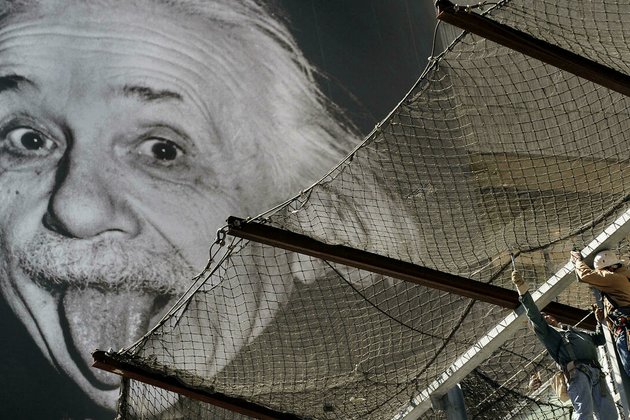 Albert Einstein's handwritten notes for his theory of relativity, which contain preparatory work for the physicist's signature achievement, fetched a record 11.6 million euros at an auction in Paris on Tuesday.

The manuscript had been valued at around a quarter of the final sum which, is by far the highest ever paid for a manuscript by the genius scientist. It went under the hammer at the prestigeous Aguttes auction house in Paris.

Calling the notes "without a doubt the most valuable Einstein manuscript ever to come to auction", Christie's - which handled the sale on behalf of the Aguttes auction house - had estimated it would fetch two to three million euros.

The auction was first reported by Spanish news agency Efe on 2 September.

The manuscript was written in 1913, when Einstein worked in Zurich with the Swiss physicist Michele Besso.

The paper shows attempts to offer an explanation for an anomaly in the orbit of the planet Mercury, which was a mystery to scientists at the time.

Einstein and Besso proposed calculations to show that the anomaly could prove the theory of relativity.

LONDON, England: Official figures have been released indicating that in the year to June, the UK recorded its highest increase ...

The Man Who Fell to Earth

Man Who Fell to Earth