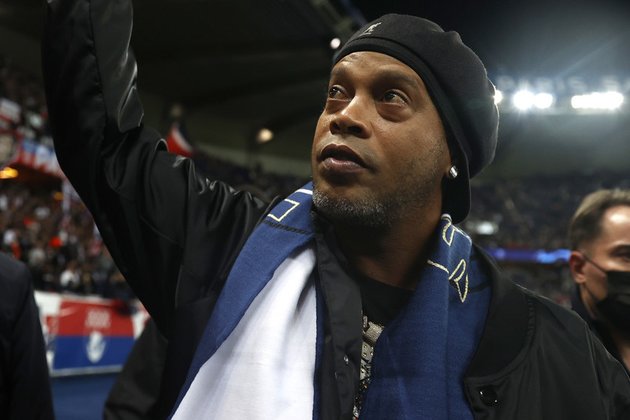 Barcelona and Brazil legend Ronaldinho could be arrested again after reports from his homeland claimed he has until December 1 to straighten out alimony payments to his ex-fiancee.

The 2002 World Cup winner was given the warning earlier this month after dozen of fruitless attempts by bailiffs in Rio de Janeiro to find him, according to a report.

If Ronaldinho does not pay former partner Priscilla Coelho, who he was reported as living with in 2018 alongside another lover, Beatriz Sousa, he may have his assets frozen and be arrested, Globo has said.

Coelho's lawyer, Bruno Medrado, is quoted as saying that the 41-year-old ex-striker has no right to appeal because the provisional alimony payments of 100,000 Brazilian reais ($17,700) per month were already agreed, with Ronaldinho beginning to pay them.

That is said to have come after what was considered a common-law marriage between the pair, who purportedly lived together following their break-up in 2019 after a six-year relationship.

"If he wants to reverse this decision, he has to go through the main proceedings, which are what granted this provisional alimony. Now it's either pay or pay," Medrado added.

Ronaldinho's whereabouts are said to have been unknown until employees at the apartment building where he lives, in Rio's upscale Barra da Tijuca neighbourhood, told bailiffs.

He is believed to be in Qatar on business, with the developments potentially marking a fresh set of legal issues for the 2005 Ballon d'Or recipient.

In March 2020, shortly before the start of the pandemic, Ronaldinho was accused of using a fake passport to enter Paraguay from Brazil with his brother and agent Roberto de Assis, and faced five years behind bars in total.

Reportedly competing in a futsal tournament where the victor won a suckling pig, Ronaldinho turned 40 in Paraguayan detention but was released on August 25 after a judge agreed to a $90,000 plea deal from the Brazilian.

Ronaldinho had reportedly been set to take a behind the scenes role at Barca before his imprisonment.

Although that prospect has not been discussed under the reign of new club president Joan Laporta, Ronaldinho was reported by El Pais as having earned more than five million reais (almost $900,000) since leaving prison.

Amid trips to Europe including a visit to former teammate Lionel Messi in Paris in October, he appears to have fallen behind on his financial commitments to Coelho.

A film with Ronaldinho as its focus is set to be released this year. "A difficult stage is coming to an end, thank God," he wrote when its trailer was released.

"I have no words to thank you for all the care and support that I have received in recent months."