France 'on track' to vaccinating third of population by mid-May 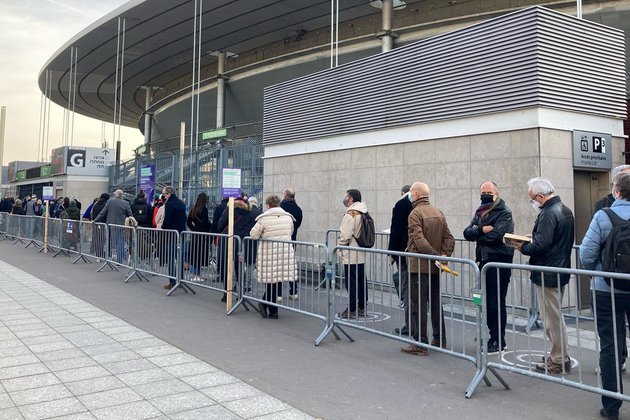 France says it's on target to giving 20 million people - almost a third of the population - their first dose of Covid-19 vaccine by mid-May.

As of 1 May, nearly 15.8 million people had received a first vaccine dose. To reach the 20 million mark on time, at least 300,000 vaccinations will need to be administered per day.

Health officials on Monday said more than 3 million doses would be administered this week, compared with 2.7 million last week.

Since Wednesday, a record 1.2 million people had made an appointment through the website Doctolib to receive their first vaccine doses.

So far, almost 6.7 million people have received two shots, which means 10 percent of the French population is now fully vaccinated.

An increased pace in vaccine shipments is also expected to help France reach its target, with 2.5 million Pfizer doses expected each week in May, followed by a record 4 million in June.

Similarly, more than 2 million AstraZeneca doses are expected this week, although the shot's link to blood clots has seen vaccination numbers drop to 27,000 per day.

As France gradually eases its third lockdown measures, the number of daily coronavirus infections on Monday fell to an almost two-month low.