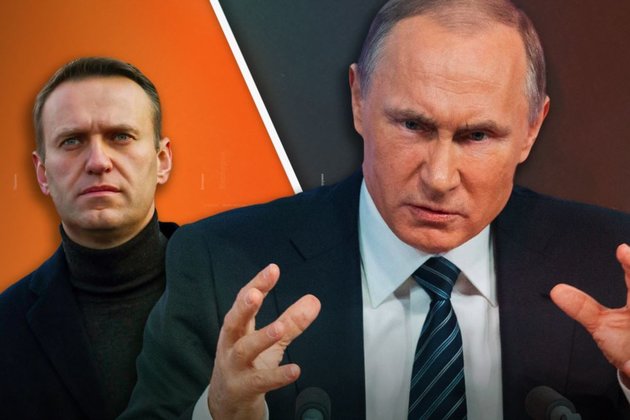 To receive Steve Gutterman's Week In Russia each week via e-mail, subscribe by clicking here.

The United States got a new president this week, but it's hard to escape the impression that Russia's political world has also seen a big change in less than seven days, a shift that will shape the future in unknown ways.

It's the result of Kremlin foe, opposition politician, and anti-corruption activist Aleksei Navalny's return -- and a state response that analysts say has only added to the challenges faced by President Vladimir Putin.

On the surface, it is Navalny's actions that appear to have caused an abrupt change -- a shift that seems to show the country from a new perspective, like a place you picture in one way after an initial visit and then see from a different angle after you travel there again, with the original impression then fading in your memory.

Defying the threat of almost certain arrest and the prospect of potentially being imprisoned for over a decade, Navalny returned to Russia on January 17 from Germany, where he had been recuperating after a nerve-agent poisoning in Siberia that he blames on the Federal Security Service (FSB) and on Putin himself.

As promised by Russia's prison service days before his return, he was detained shortly after arrival and is now in a cell at Moscow's imposing Matrosskaya Tishina jail, waiting a February 2 hearing on a charge that he violated parole in a previous case -- an allegation he, supporters, and many observers say is patently absurd.

SEE ALSO: Ahead Of Protests, Russia Cracks Down On Navalny's Allies -- And TikTok

"We are witnessing the official death of the rule of law in Russia," Sergey Radchenko, a British-based historian of the Cold War and post-Cold War era, wrote on Twitter on January 18, when Navalny was taken to what he said he was told would be a meeting with his lawyers but turned out to be a hastily arranged hearing at a police station at which he was ordered jailed for 30 days pending a court ruling on the parole violation charge.

The result of the hearing could be a 3 1/2 year prison term, which would be a first for Navalny, who has been jailed for periods of days or weeks many times but has never been sent to prison -- a fact that suggests Putin may fear that doing so could make him a martyr.

In late December 2020, at which point he had repeatedly vowed to return to Russia but had not set a date, he was also targeted in a new criminal case on suspicion of fraud -- accused of using donations to his anti-corruption organization for vacations and other personal purposes -- and could be sentenced to 10 years in prison if charged and convicted.

A 'Palace' And A Cell

He denies the allegation and supporters say it is an attempt to tar Navalny -- who has dubbed the Kremlin-controlled United Russia the "party of crooks and thieves" and produced detailed, entertaining videos accusing Putin's associates of over-the-top profligacy and graft -- with the same brush.

The latest video was released a day after Navalny was sent to Matrosskaya Tishina, the imposing Moscow lockup where whistleblower Sergei Magnitsky died in 2009, and raised the stakes -- as well as the level of popular interest -- in the 44-year-old Kremlin opponent's long showdown with Putin.

With complex financial records and colorful illustrations -- some of them actual photos, some artist's renderings -- it alleged that a sprawling and outrageously luxurious estate on the Black Sea coast was built for Putin at a cost of at least 100 billion rubles ($1.35 billion) and ultimately belongs to the president.

Photo Gallery: Inside 'Putin's Palace' RFE/RL Images made by Aleksei Navalny's anti-corruption team reveal the astonishing scale and luxury of a property on Russia's Black Sea coast purportedly used by Vladimir Putin as his personal 'palace.' Share on Facebook Share on Twitter Share on В Контакте Email to a Friend Share on LinkedIn

The Kremlin's response was to dismiss the report, without directly denying it, and asserted that it is Navalny and his associates who are "the real crooks."

From his abrupt, dramatic return to the Palace For Putin report and his call for nationwide protests on January 23, Navalny has seemed determined to set the agenda for the coming days, weeks, months, and probably years -- at least through parliamentary elections due in September and a presidential election in 2024, in which Putin, who has been president or prime minister since 1999, now has the legal right to seek a new six-year Kremlin term.

But analysts say the state's response, from the growing list of legal claims against Navalny to its efforts to thwart protest plans and more, has provided clarity about the Kremlin's hopes and fears -- and that it may have already backfired, raising his profile and strengthening his ability to challenge the Kremlin by acquiring broader support from the Russian people and the West.

Yemen's Houthi rebels have carried out missile and drone strikes on a Saudi military base and an oil facility, expanding ...