Treaty on Prohibition of Nuclear Weapons Goes Into Effect 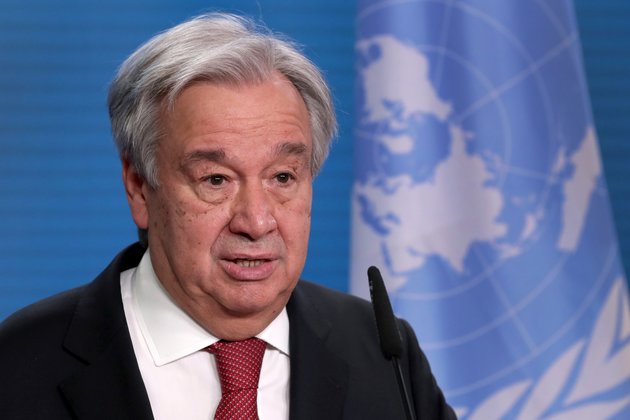 United Nations Secretary General Antonio Guterres and The International Red Cross and Red Crescent Movement welcomed the entry into force Friday of the Treaty on the Prohibition of Nuclear Weapons (TPNW), the first nuclear disarmament instrument in more than two decades.

The Treaty, endorsed by 51 states, mandates assistance, such as medical care, rehabilitation and psychological support to all victims under their jurisdiction. It also obliges them to clear areas known to be contaminated by nuclear use or testing.

"The survivors of nuclear explosions and nuclear tests offered tragic testimonies and were a moral force behind the Treaty," Stephane Dujarric, Spokesman for Guterres said in a statement.

Nuclear disarmament remains the highest priority of the U.N., the statement said, adding that countries around the world must take urgent action for the elimination of such weapons and prevent the human and environmental catastrophes the use of them would cause.

The Secretary-General is calling on all states "to work together to realize this ambition to advance common security and collective safety," the statement said.

"Today is a victory for humanity. This Treaty - the result of more than 75 years of work - sends a clear signal that nuclear weapons are unacceptable from a moral, humanitarian, and now a legal point of view," President of the International Committee of the Red Cross (ICRC) Peter Maurer said in a joint statement by ICRC and International Federation of Red Cross and Red Crescent (IFRC).

"The Treaty presents each of us with a really simple question: Do we want nuclear weapons to be banned or not?" Francesco Rocca, President of IFRC said. "The entry into force of the Nuclear Ban Treaty is the beginning, not the end, of our efforts," Rocca said.

The ICRC and IFRC urged world leaders, including those of nuclear powers, to join the path "toward a world free of nuclear weapons, in line with long-standing international obligations, notably those under the Nuclear Non-Proliferation Treaty."

The world's major nuclear-armed states, including the United States and Russia have not endorsed TPNW.