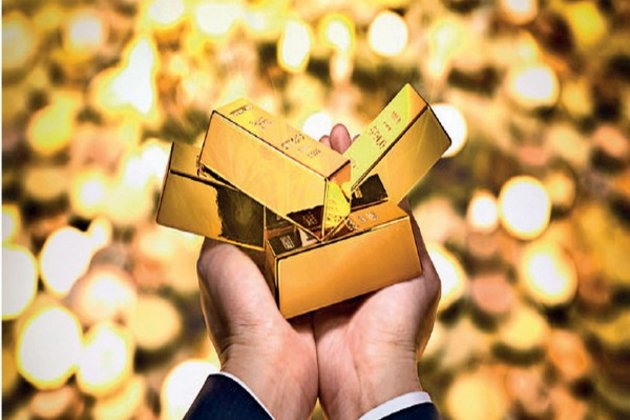 New Delhi [India], January 22 (ANI/Mediawire): We Indians love gold. We like wearing it, we like keeping it, we like gifting it. If estimates are to be believed, Gold reserves held by households and religious temples in India is anywhere between 25,000-30,000 tonnes, much of it passed down through generations. So, it's only natural that India has been one of the gold capitals of the world, with almost a third of all of the world's gold passing through its borders. According to a report by IMPACT, India is importing approximately 1,000 tonnes of gold per year -- a quarter more than what official figures indicate. A spike in smuggling of gold is being attributed to the government's decision to increase the import duty of gold in July 2019 from 10 percent to 12.5 percent.

Add to it a GST of 3 percent and mining royalties, and the actual implication of duty and taxes jumps to around 20 percent. It is known that taxes are one of the major drivers of the illicit gold trade. "High import duty is the driving force behind today's gold smuggling and tax evasion. The government must assess the adverse impact of higher import duty on the jewellery trade and propose duty reduction to make both trade and consumption of gold transparent," says M.P. Ahammed, Chairman, Malabar Group. Gold is often used as an alternative to paper currency, favoured for money laundering and illicit trade. It is a high-value, easy-to-transport mineral, making it vulnerable to smuggling and an ideal target for armed groups.

The rise of the grey market has left the industry - particularly the organised sector - worried. "We have urged the government to bring down the import duty and GST to 7 percent in total as against the current 15.5 percent," said Ahammed. The consumer, however, is the hardest hit in the current scenario, believe many. "Today, the consumer is paying around `7,750 in taxes for 10 gms of gold, which is insane. Another problem is that when a customer wants to make ornaments from old gold, he ends up paying a GST of 18 percent. Such high taxation is giving rising to the unorganised sector and encouraging unauthorised trade," says Ashish Pethe, Chairman, Gems and Jewellery Council.

The bigger question is do we need such heavy taxes on gold and jewellery? Does it really benefit the exchequer? Prof. Arvind Sahay, Chairperson, India Gold Policy Centre at IIM-A says a firm no. "The genesis of today's crisis can be traced to 2013-14, when we were facing a balance of payments crisis due a combination of rising oil prices and surging gold imports. The duty was increased to discourage import of gold, the then second largest contributor to trade deficit. In the last one year, we have added $120 billion to our foreign exchange reserve. Plus, gold import has also gone down due to the pandemic and low demand. The reason for increasing the import duty is no longer valid." Also, annual revenues from custom duty on gold is approximately `20000 crore. That is less than 1.5 percent of indirect tax revenue and 0.8 percent of total tax revenue, respectively of the Central government. "Higher economic activity in the gold sector can offset this potential revenue loss," Sahay says.

What we need today is a policy structure that discourages gold's illicit trade rather than fueling it. Experts believe that India has struggled to find policy coherence that balances the country's cultural demand for gold with macro-economic pressures and apt enforcement to check illegal trade. The current tax structure isn't only providing an incentive to break the law but also making us less competitive in the global market. It is the key reason behind the shifting of a significant proportion of manufacturing of gold jewellery to Dubai. "At 15.5 percent of import duty and GST, we are probably the most expensive gold in the world. It is making us non-competitive among practically every neighbouring country and even the West," says Colin Shah, Chairman, GemsJewellery Export Promotion Council.

One big way to curb the illegal trade can be through introducing MRP pricing, believes Ahammed. The idea is to not show the break-up of the taxes in the bill and instead show just one consolidated MRP, like in other products. "The government must create an enabling environment for the industry to introduce MRP pricing in jewellery. It will discourage players in the unorganised sector to sell gold without a bill and help make the jewellery retail trade tax-compliant," he says. Another way is to allow all jewelers - big or small - to have a license for hallmarking. The problem is, while the law mandates hallmarking of all jewellery, only jewelers registered for GST can take the hallmarking license. "As per law, businesses with an annual turnover below `40 lakh are exempted from paying GST, so those firms are not able to take the hallmarking license. We have urged the government to look into this so that jewelers don't resort to unauthorised trade to sell their products," says B. Govindan, South Zone Chairman, All India Gems and Jewellery Domestic Council.

This story is provided by Mediawire. ANI will not be responsible in any way for the content of this article. (ANI/Mediawire)