EU invites Biden to speak at plenary session in future 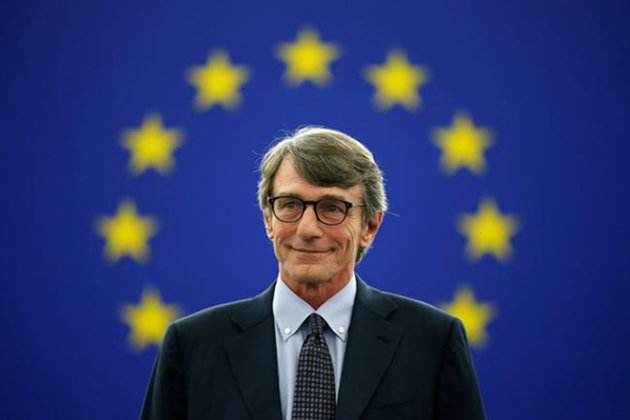 Brussels [Belgium], January 21 (ANI/Sputnik): President of the European Parliament David Sassoli has congratulated Joe Biden and Kamala Harris on their inauguration as president and vice president of the United States and invited the new US leader to speak at an EU Parliament session in the future.

"Congratulations to President Biden and Vice President Harris on their inauguration! The new US administration marks the beginning of a new era for transatlantic relations. The world needs a strong relationship between Europe and the United States ... We look forward to meeting President Biden and we invite him to come to the European Parliament to give a speech at our plenary session," Sassoli said in a statement.

Sassoli also welcomed Biden's decision to return the United States to the Paris Climate Accord and the World Health Organization (WHO).

On Wednesday, Democrat Biden was sworn in and took office as president of the United States. He is expected to focus on COVID-19 response, climate, racial justice, the economy, health care, immigration and restoration of the US positions in the world, the White House said in a statement. (ANI/Sputnik)