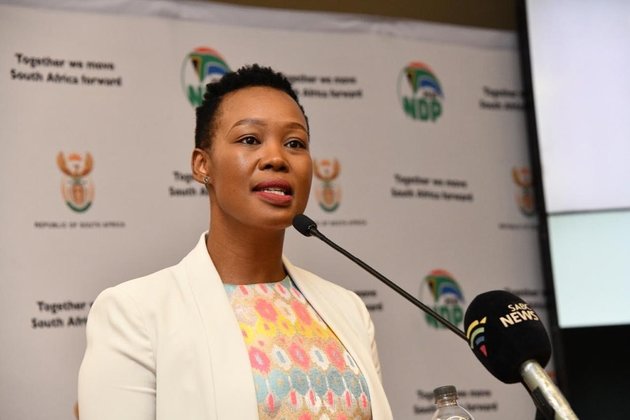 The insider said the board agreed to remove Makhubele.

"The decision was taken after the meeting heard from all board members regarding the conduct of Makhubele.

"The matters disclosed by the board are confidential, but we can confirm that they were serious and concerning. Makhubele was not present at the meeting, and voluntarily deprived herself the opportunity to make representations and be heard on the matter."

Makhubele responded to the matter in a lawyer's letter on Friday evening, saying that they acknowledged that she was asked to prepare representations to the board and in the presence of the Minister in anticipation of the Special General Board Meeting (SGM).

However, they argued that the SGM was not the right platform in terms of the Companies Act.

"In these circumstances, we submit that the SGM is not the correct platform for what our client is called to do by the Minister and, obliquely by the Board. The Board and the Minister's reliance on the contemplated sections of legislation above is, with respect, spurious and incorrect," her lawyers said.

"As such, our client will not be in attendance at the SGM until such time that she is called to a correctly constituted platform, with adequate notice - the minimum being 14 days prior."

Molakeng said the department and Sapo would make a joint statement in due course.

In a letter, dated 6 October, Van Der Sandt wrote Makhubele had undermined the delegated powers and authority of the incoming acting chief executive officer with the unions by stating repeatedly she did not support specific Sapo turnaround initiatives.

She accused the former chairperson of tarnishing the image of executives, placed in doubt the integrity of the board to the unions, tarnished Ndabeni-Abrahams' image and created the impression she was the only person in Sapo who was truthful and cared about workers' interests.

According to Van Der Sandt, Makhubele stood up during a meeting with the CWU and accused Ndabeni-Abrahams of not supporting some post office initiatives like the improvement of security and cash initiatives such as the Cashless ATM System, and that the shareholder was not in line with what Sapo wanted to do.

Some of the accusations included:

The minister said it was clear she had acted in a manner "lacking in honesty, fairness, transparency, accountability and responsibility towards her fellow board members".

"Her actions on the day were in bad faith and for a purpose that was in all likelihood improper and not in the best interest of Sapo.

"She appeared to lack an understanding of the significance of her position as a senior member of a board of a state-owned entity of significant economic relevance to the country, and faced with unique and potentially incurable financial challenges.

"She was not remorseful for her actions and, when confronted, refused to acknowledge any wrongdoing," Ndabeni-Abrahams said.