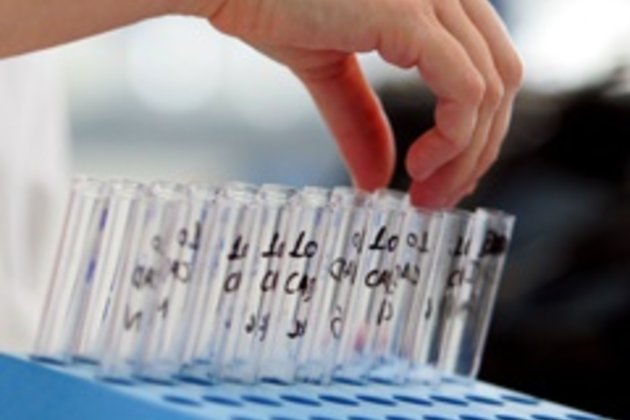 Lausanne - Five Russian weightlifters, including a 2012 Olympic bronze medallist, have been provisionally suspended after doping tests on samples recovered from the Moscow lab, the International Weightlifting Federation (IWF) said Tuesday.

Ruslan Albegov, 31, who took a London Games bronze in the +105 kilo category and won back-to-back world titles in the next two years, was suspended along with women's -63 kilo 2013 world champion Tima Turieva.

The suspensions come after the analysis of samples from Moscow's doping lab.

The World Anti-Doping Agency (WADA) said in April it had retrieved 2,262 samples from Moscow's former drug-testing laboratory. Last month, WADA said that some 300 Russian athletes suspected of doping had been identified and added that the data of 43 had been sent to the relevant federations.

To date, only two federations -- the International Biathlon Federation and the IWF -- have suspended athletes on the basis of that data.

The IWF said on Tuesday that the athletes had been suspended "on the evidence arising from the investigations conducted by Prof. McLaren and the WADA Intelligence & Investigations department (WADA I&I) into the Russian doping scheme."

The IWF said it had decided to act "in view of the severity of the asserted anti-doping rule violations and compelling nature of the evidence."

It added that there could be other suspensions after follow-up investigations by the IWF and the Lausanne-based International Testing Agency which was created last year.

In a statement, IWF President Tamas Ajan said: "The IWF regrets these additional cases of doping in our sport from some years ago. We note without any satisfaction that weightlifting was far from the only sport to have been affected by the extensive and historical Russian doping revealed by whistleblowers, the media and WADA."

But he stressed the IWF was determined "to protect clean sport" and had not shown "any hesitation in taking the right decisions."

After the International Olympic Committee placed the weightlifting under surveillance in March following a slew of doping cases, the IWF stepped up its anti-doping efforts, the federation received the green light for participation in the 2024 Paris Games.

Even so, WADA said in July that unless the federations took action on data showing up doping infringements it would reserve the right to take matters to the Court of Arbitration for Sport.

JERUSALEM - Israel's defense minister apologized on Sunday for the Israeli police's deadly shooting of an unarmed Palestinian man who ...

DUBAI, UAE - The Dubai government is to relax restrictions on wearing face masks in public.Until Sunday, everyone regardless of ...

Something is Deeply Wrong in the American Psyche

Americans continue to shun use of masks

ALEXANDRIA, VIRGINIA - At a grocery store in Alexandria, Virginia, customer Laura Shafor was dismayed about a couple who weren't ...