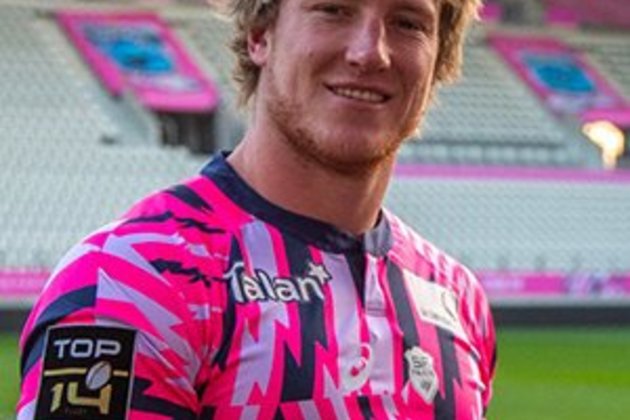 Paris - Stade Francais backrow forward Hendre Stassen has been provisionally suspended by the French Anti-Doping Agency after failing a drug test after a Top 14 match in May, the club announced on Friday.

The 21-year-old South African, who played for the Blue Bulls before joining Stade Francais in October, failed the random test after his side's 42-25 defeat at Montpellier in the penultimate round of the regular season.

"Without prejudging the rest of the procedure, and pending further investigation and development of the ongoing procedure, Stade Francais has decided to allow Hendre Stassen to take the time to organise his defense and suspend his involvement with the club," said the club in a statement.

"Stade Francais attaches the utmost importance to sports ethics and makes the fight against doping a constant priority.

"The club will cooperate with all relevant bodies and will accept the conclusions of the proceedings."

The suspension marks further trouble for Stassen who is currently the subject of another police investigation in South Africa after he allegedly assaulted 26-year-old dentist Markus Botes outside a Pretoria nightclub during the early hours of June 15.

Botes required corrective surgery prompting the charge to be elevated to the more serious crime of assault with the intent to commit grievous bodily harm.

United States considering walking away from embassy in Baghdad

BAGHDAD, Iraq - The United States is threatening to close its embassy in Baghdad amid frustrations over attacks by Shi'ite ...

Trump wants Biden to be tested for drugs prior to debate

Saturday is International Day for Total Elimination of Nuclear Weapons

NEW YORK, New York - On the International Day for the Total Elimination of Nuclear Weapons marked on Saturday, the ...

WASHINGTON, DC - More than 300 demonstrators across the United States are facing charges related to the various protests that ...

Fifth most visited city in world prepares for long Winter

SINGAPORE - These days, the desolate streets and shuttered businesses in popular tourist areas in Singapore like Little India and ...

SYDNEY, NSW, Australia - Stocks in Japan and Hong Kong rose strongly on Monday, while in China and Australia stock ...

BRUSSELS, Belgium - Last week, the President of the European Commission Ursula von der Leyen made an ambitious proposal. By ...