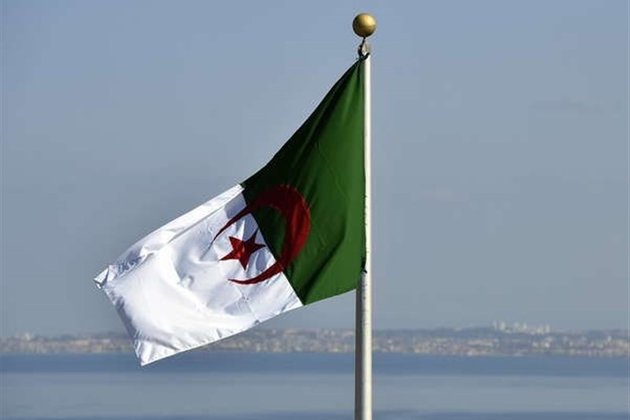 TEHRAN (Tasnim) - Algerian lawmakers late Wednesday elected an opposition figure as chairman of parliament under pressure from mass protests demanding the departure of the ruling elite.

The parliament elected Slimane Chenine of the Movement of National Construction party to replace Moad Bouchareb from the National Liberation Front (FLN), which has ruled Algeria since independence from France in 1962.

Chenine, 47, is the youngest lawmaker to be elected as head of the National Assembly and his party has only 15 out of a total of 462 seats in parliament, where the FLN and its coalition partners have an overwhelming majority.

'We have a majority in the assembly but the party decided to contribute to the superior interest over the party';s interest,' FLN lawmakers said in a statement after a meeting with the party leader Mohammad Djemai, Reuters reported.

'Due to the current situation in our country, we prefer Algeria over our interests,' said FLN lawmaker Abdelhamid Si Afif.

The National Liberation Front has 160 seats and has monopolized the parliament presidency for a long time with the backing of other pro-government political parties.

'We have decided to back Chenine in order to get out of the crisis and go to fair presidential elections as soon as possible,' said lawmaker Fouad Benmerabet from the Democratic National Rally (RND), the main partner of FLN.

Protesters forced Bouteflika to resign on April 2 after two decades in power, and the army is now the main player in Algeria';s politics.

Several senior officials including former prime ministers Ahmed Ouyhia and Abdelmalek Sellal have been placed in custody for 'dissipation of public funds.'

Protesters are demanding the resignation of interim president Abdelkader Bensalah and Prime Minister Noureddine Bedoui, who are regarded by demonstrators as part of the old guard.

The government has postponed a presidential election previously planned for July 4, citing a lack of candidates. No new date has been set for the vote.

MINNEAPOLIS, Minnesota - A white police officer in the U.S. city of Minneapolis seen kneeling on the neck of a ...

Africa, then Asia to be invaded by locusts, says United Nations

NAIROBI, Kenya, May 29 (Xinhua) -- The Horn of Africa region will experience another swarm of locust invasion in June ...

Russia's most prominent conman left wave of death and deception

This is the story of how the mastermind behind MMM, Russia's biggest financial pyramid scheme, managed to get elected to ...

BEIJING, China May 29 (Xinhua) - A spokesperson for China's Ministry of National Defense on Friday criticized a report recently ...

TEHRAN (Tasnim) - The Atomic Energy Organization of Iran (AEOI) dismissed as "a futile attempt" the U.S.' new decision to ...

HANGZHOU, May 29 (Xinhua) -- AliExpress, a global online retail marketplace and part of Alibaba Group, announced on Thursday that ...

SYDNEY, NSW, Australia - Stocks in Asia skidded on Friday, and the U.S. dollar dived, as the relationship between the ...

PHENOM PENH, Cambodia - Scientists and environmentalists are urging an international moratorium on deep-sea mining after releasing a report indicating ...

NEW YORK, New York - U.S, stocks ran out of steam on Thursday with fears about the worsening U,S.-China relationship ...