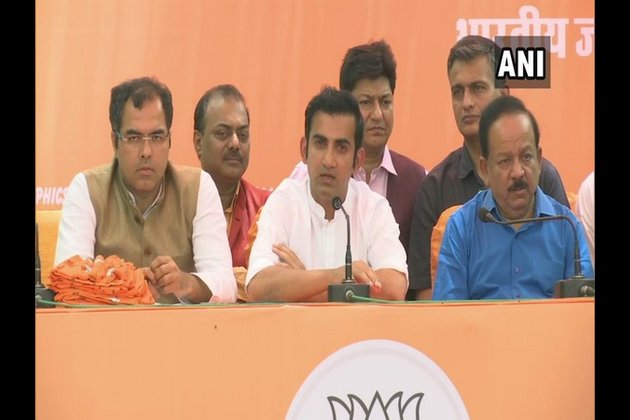 "The Chief Minister should know that elections will come and go. The day you lose your conscience and integrity is the day when you lose everything. If you can falsely accuse someone of such heinous charges just to win one seat then I have nothing to say to you," Gambhir said at a press conference here.

Gambhir was referring to AAP's East Delhi candidate Atishi and Delhi CM Kejriwal's accusations against him of circulating pamphlets with derogatory and casteist remarks against her during the campaigning phase of the Lok Sabha elections.

Gambhir had denied all charges and said he was ready to quit politics if the charges against him were found out to be true.

He was joined by five other BJP MPs from Delhi, Manoj Tiwari, Parvesh Verma, Hans Raj Hans, Ramesh Bidhuri and Harsh Vardhan at the press conference.

Gambhir said he was thankful to BJP and the party workers who toiled hard to ensure his win and thanked the voters for bestowing their faith on him and added the campaigning had been fun but the real work would begin now.

"I came to politics to serve the people of Delhi and India. I thank my party for giving me the opportunity and thank the people of East Delhi for showing their faith in me. The elections are now over but the real work begins now and it will continue for the years to come, where we will have to prove ourselves," he said.

Gambhir asserted that he would not make any false promises to the people of Delhi and will focus on making the city the "best version of itself" in the years to come.

"I will not make false promises of making Delhi like Paris and London. I will ensure Delhi becomes the best version of itself where women are safe. Ensuring clean water and cleaner air will be my priorities," he said.

HONG KONG, Aug 10 (ANI): Continuing with the suppression of the dissenting voices in Hong Kong since the national security ...

BEIRUT, Lebanon - The leader of the Lebanese resistance group Hezbollah has made a televised address to the nation calling ...

Trump thinks 'it would be cool' to invade Venezuela

On Tuesday of this week, the U.S. Senate Foreign Relations Committee held a hearing on Venezuela. Appearing before the committee ...

11 arrests in Virginia and Maryland over shocking sexual exploitation

ALEXANDRIA, Virginia Eleven members or close associates of the infamous MS-13 gang were arrested this week and face numerous charges ...

SYDNEY, Australia - Stocks in Asia generally rose on Tuesday, however the Chinese bourses lagged as further pressure on Bejing ...

NEW YORK, New York - U.S. industrial stocks rose on Monday, while the technology sector, headed by the Nasdaq, had ...

Despite job gains too many Americans still out of work, says official

WASHINGTON, DC - Total nonfarm payroll employment in the United States rose by 1.8 million in July, and the unemployment ...