Venezuelan, OppositionEnvoys in Norway for Talks 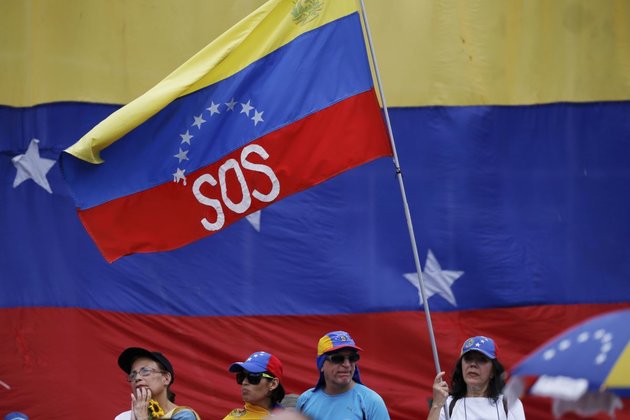 CARACAS, VENEZUELA -Representatives of the Venezuelan government and the opposition are in Norway for talks on resolving the stalemate that has mired the South American nation in a political and economic crisis.Venezuelan officials say Information Minister Jorge Rodriguez is representing President Nicolas Maduro, while lawmaker Stalin Gonzalez is leading the opposition delegation.President Maduro said Rodriguez was on "a very important mission" abroad during a televised speech Wednesday, but did not provide any details.The negotiations in Norway are being held after the military failed to heed a call April 30 by opposition leader and self-declared president Juan Guaido to rise up against Maduro. Guaido, the leader of the National Assembly, declared himself interim president earlier this year after the opposition-majority legislative body determined Maduro won another term in a fraudulent election.The United States and about 50 other countries recognize Guaido as Venezuela's legitimate president. Venezuela has put the United States at odds with Russia, which has supplied military equipment to the Maduro regime, and Cuba, who the U.S. accuses of placing pro-Maduro troops on the ground in Venezuela.Also on Wednesday, the United States has suspended all commercial flights between the U.S. and Venezuela.Transportation Secretary Elaine Chao says she, along with the secretaries of state and homeland security, has determined conditions exist in Venezuela "that threaten the safety or security of passengers, aircraft, or crew."Many international airlines, including those in the United States, have already stopped flying to and from Venezuela because of the political upheaval.

NEW YORK, New York - U.S. stocks rallied to new record highs on Wednesday as the 46th president of the ...