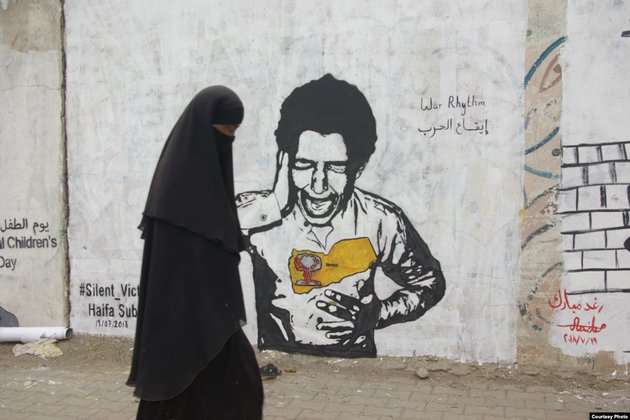 PARIS - Press freedom is under attack in France as three journalists face an inquiry over the leaking of a classified report on the use of French arms in Yemen, rights groups are warning.

The three journalists -- Geoffrey Livolsi and Mathias Destal from the Disclose website and Radio France's Benoît Collombat -- have been summoned to a hearing on Tuesday and Wednesday at the domestic intelligence agency DGSI, which is leading investigations into the leak.

The inquiry was 'an unacceptable attack on press freedom and the protection of journalists' sources', said a letter signed by 17 rights groups including Amnesty International, Human Rights Watch, the International Federation for Human Rights and Sherpa.

The information 'is of essential public interest', the rights groups said, urging the French interior, army and foreign ministries to 'cease intimidation against the press and respect the secrecy of sources'.

The 15-page dossier, which Disclose published last April 15, details weapons sold to Saudi Arabia and the United Arab Emirates who have led a bloody campaign against Huthi rebels in Yemen.

Under pressure for years by rights groups over the sales, Paris has always insisted the arms are only used in defensive circumstances to deter attacks by rebels.

French President Emmanuel Macron last Thursday defended the arms sales to Saudi Arabia and the United Arab Emirates with a new shipment expected to leave from the northern port of Le Havre.

Some 10,000 have died in the Yemen war and millions have been forced to the brink of starvation.

WASHINGTON, DC - Amid plummeting poll numbers and mounting pressure over his handling of the pandemic, Black Lives Matter protests ...

On June 13, President Donald Trump told the graduating class at West Point, "We are ending the era of endless ...

India's Navy repatriates 687 citizens who were stranded in Iran

CANBERRA, Australia - We now know just how massive the fastest-growing black hole in the universe actually is, as well ...

The Taliban says it has held a video conference call with U.S. Secretary of State Mike Pompeo during which the ...

The UN High Commissioner for Human Rights warned Israel on Monday not to proceed along the "dangerous path" of annexing ...

SYDNEY, Australia - Stocks in Asia extended gains on Friday as strong payrolls data out of the U.S. and a ...

Axis Bank to wind down and close operations in Britain

MUMBAI, Maharashtra, India - Private sector lender Axis Bank is fully winding down and closing operations of its subsidiary in ...

Sonalika confirmed as No. 1 exporter of tractors in India

HOSHIARPUR, Punjab, India - Not only has the company set the pace, it has reported its highest monthly sales ever. ...

SYDNEY, Australia - Stocks rose across the board in Asia on Thursday with Chinese indices doing best.The U.S. dollar meantime ...

Warning for owners whose dogs are attacking sheep on Irish farms

DUBLIN, Ireland - An alarming number of attacks by dogs on sheep has prompted an appeal from gardai for dog ...