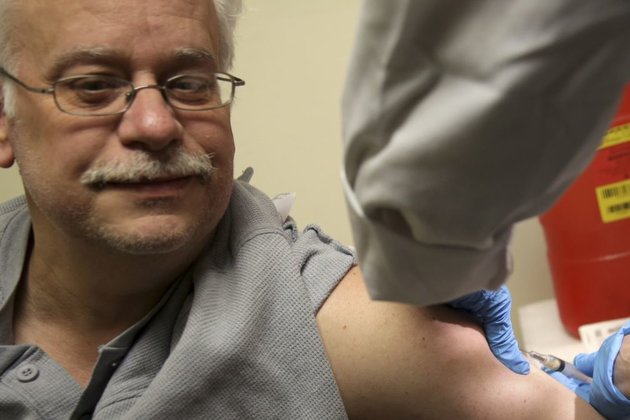 The number of measles cases worldwide nearly quadrupled in the first three months of the year compared to last year, the World Health Organization reported Monday.

The United Nations agency, citing preliminary data, said that more than 112,000 cases of the preventable but highly contagious disease have been reported across the globe in the January-to-March period.

WHO called for better vaccination coverage against measles, which can kill or leave a child disabled for life.

Over recent months, WHO said spikes in the disease have occurred 'in countries with high overall vaccination coverage, including the United States ... as well as Israel, Thailand, and Tunisia, as the disease has spread fast among clusters of unvaccinated people.'

'While this data is provisional and not yet complete, it indicates a clear trend,' WHO said. 'Many countries are in the midst of sizeable measles outbreaks, with all regions of the world experiencing sustained rises in cases.'

The agency said the reported number of cases often lags behind the number of actual cases, meaning that the number of documented cases likely does not reflect the actual severity of the measles outbreaks.

For three weeks in a row, U.S. health authorities have added dozens of new reports of measles to its yearly total, now at 555, the biggest figure in five years. Twenty of the 50 U.S. states have now reported measles cases.

More than half of the U.S. total 285 cases have been reported in New York City. Officials in the country's largest city last week ordered mandatory measles vaccinations to halt the outbreak that has been concentrated among ultra-Orthodox Jews in the city's Brooklyn borough.