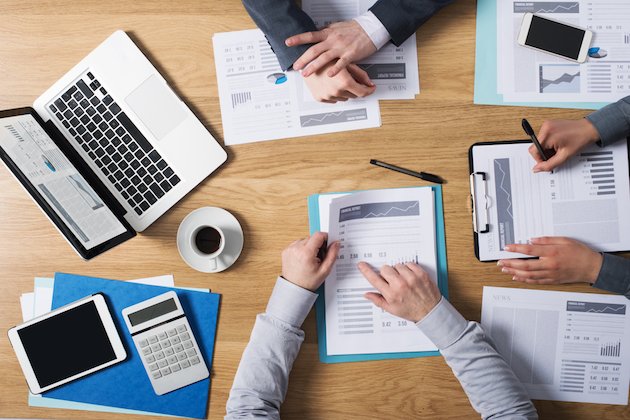 <p>As the business world becomes more complex, with greater regulation, more financial scrutiny, and calls for higher corporate transparency, the accounting profession has risen to even greater importance.</p><p>Accounting is a high-paying profession with good job prospects for those able to qualify, but where exactly are the best opportunities for accounting professionals?</p><p>AdvisorSmith has ranked 399 of the <a href="https://advisorsmith.com/data/best-cities-for-accountants/">largest U.S. cities</a> for their attractiveness to accounting professionals.</p><p>Best Cities for Accountants</p><p>1. Springfield, IL</p><p>As the capital city of the state of Illinois, Springfield was the top city in our study of the best cities for accountants. With an important role in the oversight of state, local, and county governments in Illinois, Springfield provides ample opportunities for accountants to practice their craft. Springfield has substantial medical facilities that also drive employment in the region. Additionally, Springfield is an important historical city, as President Abraham Lincoln began his political career in the city and lived in the city for many years.</p><p>The city of Springfield has 89% more accounting jobs than the average American city. Accountants earned an average salary of $80,110 in Springfield, which exceeds the national average. Those salaries go far in Springfield as the city boasts a cost of living 13% below the average U.S. city.</p><p>2. Parkersburg, WV</p><p>Parkersburg is a city in West Virginia that borders Ohio. Historically, Parkersburg was an important terminus for railroads on the Baltimore and Ohio Railroad, as well as an oil refining city for a period of time. Later, the city hosted important manufacturing facilities producing chemicals, glass, textiles, and plastics. Today, energy, including natural gas development, plays a role in supporting the economy in Parkersburg.</p><p>Accountants in Parkersburg earned an average wage of $76,920, and the city had a cost of living that was 17% below the national average. The city also hosted 68% more jobs for accountants than the average city.</p><p>3. Houston, TX</p><p>Houston was the #1 large city in our study for accountants. In addition to being the most populous city in the state of Texas, Houston is also known as the most racially and ethnically diverse major city in the United States. Houston has a diversified and strong economy, anchored by the energy, manufacturing, aerospace, and shipping sectors. Additionally, the city boasts world-class medical institutions. With such a broad and strong economic base, Houston offers accountants a wide range of industries in which to work.</p><p>Salaries for accountants in Houston average $89,270, 15% above the national average, while the cost of living is 7% below the national average. Additionally, Houston hosts 34,290 accounting jobs, which is 34% above the per-capita average.</p><p>4. Wilmington, DE</p><p>Wilmington is the largest city in the state of Delaware, located in the northeastern part of the state. The city has a long history, hosting Swedish, Dutch, British and Quaker settlers. Due to Delaware&rsquo;s status as the most business-friendly state for large corporations, Wilmington&rsquo;s economy benefits from national corporations hosting offices in the city. In particular, the banking and credit card industries have a substantial presence in the city. Insurance is another important industry in the city.</p><p>These industries provide many opportunities for accountants, with 66% more employment in accounting jobs in the city compared with the average city. Accountants in Wilmington earn moderately more than the average, with average salaries of $81,430.</p><p>5. Midland, TX</p><p>Midland is located in West Texas, halfway between the cities of El Paso and Fort Worth. The city is the home of administrative offices for oil fields in West Texas. The Permian Basin, in West Texas, produces about 20% of the oil and natural gas in the United States. In addition to the oil industry, Midland also has telecommunications and distribution center employment.</p><p>With 1,140 accounting jobs, Midland has 48% more accounting jobs per capita than the average American city. Additionally, those accounting professionals earned an above average salary of $83,600, and benefit from Midland&rsquo;s lower than average cost of living.</p><div style="box-sizing: border-box; clear: both; margin-bottom: 1em; caret-color: rgb(64, 64, 64); color: rgb(64, 64, 64); font-family: &quot;Open Sans&quot;, sans-serif; font-style: normal; font-variant-caps: normal; font-weight: 300; letter-spacing: normal; orphans: auto; text-align: start; text-indent: 0px; text-transform: none; white-space: normal; widows: auto; word-spacing: 0px; -webkit-text-size-adjust: auto; -webkit-text-stroke-width: 0px; text-decoration: none;"><div style="box-sizing: border-box; float: right; margin: 4px 0px 0px; padding: 0px 15px;">xt</div></div><p>Methodology</p><p>AdvisorSmith&rsquo;s study examined three key variables in order to determine the best city for accountants.</p><p>1. Density of accounting jobs in a city</p><p>As accounting is a specialized profession that requires substantial training, we ranked cities that have a higher concentration of accounting jobs relative to the general worker population as more desirable. This density is represented by the location quotient in BLS employment data.</p><p>The higher the location quotient, the more jobs that are available for accountants in a given geographic area, and the easier it should be for any given accountant to find an accounting position there. In the United States, there are approximately 1,241,000 jobs in the accounting field, including both accountants and auditors.</p><p>2. Average annual accounting salaries in the city</p><p>We considered the average annual salary earned by accounting employees in each city in our study. The higher the average salary, the more highly we ranked a given metro area. The average salary for accountants in our study was roughly $77,920, which is far above the average salary of $55,266 in the service sector as a whole.</p><p>The Bureau of Labor Statistics predicts that employment in the accounting profession will grow by 10% in the 10-year period from 2016-2026, which is faster than average employment growth.</p><p>3. A city&rsquo;s cost of living index</p><p>We adjusted the salaries earned by accountants using a cost of living multiplier. By accounting for differences in the cost of housing, food, transportation, and other living expenses in different cities, we can equalize the value of salaries in different metropolitan areas. Cities with more affordable lifestyles ranked more highly in our survey.</p><p>Sources<br />[1] Bureau of Labor Statistics Occupational Outlook Handbook<br />[2] Sperling&rsquo;s Best Places Cost of Living Index<br />[3] Bureau of Labor Statistics Occupational Employment Statistics</p>