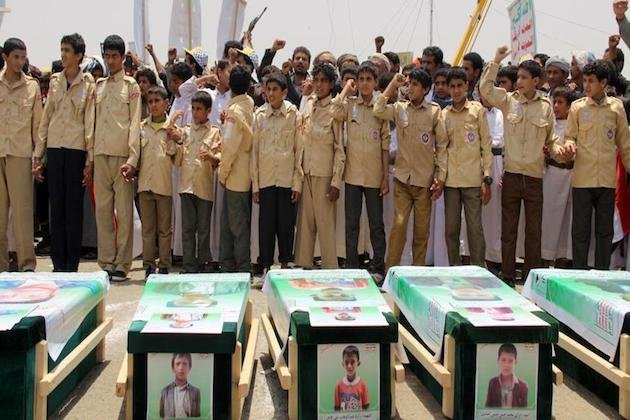 With the UN announcing a new plan to shore up the December 2018 Stockholm Agreementbetween Yemen's warring parties, the latest Armed Conflict Location & Event Data Project (ACLED) data show that overall conflict-related fatalities have declined by more than 20% since the deal's implementation, predominantly as a result of the ceasefire in Hodeidah. Despite repeated violations of the truce, ACLED has recorded over 1,000 fewer fatalities in January and February 2019 compared to the previous two-month period, and civilian fatalities reported as a result of direct targeting in Hodeidah province specifically have diminished to their lowest numbers in more than a year.

Yet heavy fighting continues in other areas of the country, and in some provinces the situation has actually deteriorated. Even as reported fatalities have plummeted in Hodeidah, they have risen in Ta'izz, Hajjah, and Al Jawf.

Still, the strained accord has tenuously held out in Hodeidah amidst extreme pressure - and provided nominal respite from violence for the province's vulnerable civilian communities. As the peace process enters a new phase amid escalating fighting around the country, it remains to be seen if the overall decline in lethal violence can be sustained.

ACLED has recorded 67,654 conflict-related fatalities from January 2016 through the end of February 2019

Fatality rates declined by more than 20% from the end of 2018 to the beginning of 2019, with over 1,000 fewer fatalities reported in the first two months of this year. This is largely a result of trends in Hodeidah

ACLED recorded 4,274 fatalities in January and February 2019, a sharp decline from the 5,523 fatalities reported in November and December 2018, before the January 2019 implementation of the Stockholm Agreement

This is also a slight decline compared to the same period last year, with ACLED recording 4,542 fatalities in the first two months of 2018

The Houthis and their allies are responsible for at least 1,265 reported civilian fatalities - including 149 in 2019

Thus far, 2019 has been the only year in which the Houthis are responsible for the direct reported killing of more civilians than the Saudi-led coalition

Reported civilian fatalities in Hodeidah have decreased dramatically since January 2019, when the Stockholm Agreement was implemented

Unlike in Hodeidah, violence has actually intensified in Ta'izz province since the Stockholm Agreement: ACLED recorded a 200% rise in total reported fatalities in January and February 2019 compared to the previous two-month period

Reported fatalities from events targeting civilians in Ta'izz peaked in January 2019 at 31, the highest number of recorded civilian fatalities since May 2018

Violence against civilians has also escalated in Hajjah governorate: just several weeks into March 2019, ACLED has already recorded a 700% increase in reported fatalities linked to events targeting civilians compared to February 2019 (and a 200% increase over January 2019)

Reported civilian fatalities rose after the anti-Houthi offensive in Hujur as a consequence of both Houthi shelling and Saudi-led coalition air strikes, amid increased Hujur tribal resistance to Houthi forces in the area

A US-based 501c3 established in 2014, ACLED is the highest quality, most widely used, realtime data and analysis source on political violence and protest around the world.

SYDNEY, NSW, Australia (Xinhua) -- As thousands of Australians marched in solidarity with U.S. protesters this week, highly visible were ...