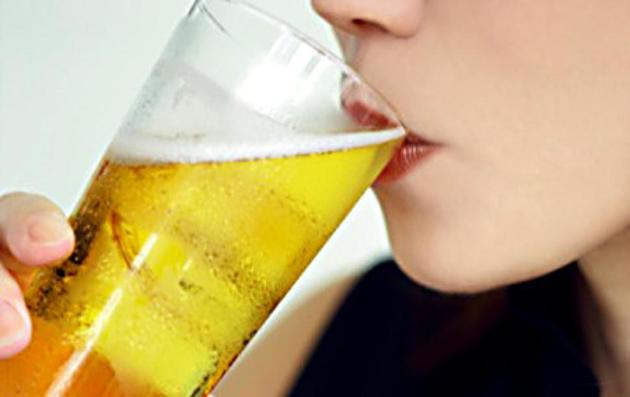 WASHINGTON - Light to minimal drinking can increase risk of alcohol related cancer, mainly breast cancer, among women, but for men this risk is not increased with moderate drinking, a Harvard study has found.

Daily consumption of a small glass of wine raises a woman's risk of developing certain cancers, especially breast cancer, by up to 13 percent, researchers note in the study published in The BMJ.

The study has classed light or moderate drinking as less than 15g (around one-and-a-half units or just under two drinks) a day in women and 30g (three units or three or four drinks) and below in men.

While the link between heavy alcohol consumption and increased risk of cancers is well known, the new Harvard study looks at the association between light to moderate drinking.

Data from two ongoing prospective US cohort studies that tracked the health of 88,084 women and 47,881 men for up to 30 years was used by a team of researchers, who looked at the risk of getting any cancer, as well as cancers known to be linked to alcohol use, including bowel cancer, female breast cancer, liver, mouth and throat cancers.

A recent analysis from the United Kingdom's Million Women Study found that during seven years of follow-up, women who drank seven to 14 drinks per week had a small increase in risk of all cancers compared with drinkers who drank fewer than two drinks per week.

The Harvard study sends out a clear warning that people with a family history of cancer are clearly at a greater risk and should give up alcohol consumption.

"We would urge all patients, particularly those with a family history of cancer, to seriously think about how their lifestyle choices are affecting their long-term health, and encourage them to take steps to address this," stated Dr Yin Cao, one of the study authors.

The study points out that the associations between light to moderate drinking and risk of total cancer were similar regardless of smoking history (never or ever smokers). However, alcohol consumption above moderate levels, in particular at least 30 g/day was more strongly associated with risk of cancer among ever than among never smokers.

Joint analysis of alcohol intake and smoking suggested that, compared with alcohol, smoking was a much stronger risk factor for cancer, and independent influence of alcohol, especially in the range of light to moderate drinking, could be minimal.

The association between alcohol and total cancer was not appreciably different by age, multivitamin or aspirin use, or family history of breast cancer among women, but was stronger among people with a family history of colorectal cancer.

Although the relation between alcohol and cancer has been extensively studied, the role of alcohol independent of smoking has not been settled. Two aspects are particularly important to consider.

Firstly, high alcohol drinkers are more likely to smokea very strong risk factor for cancerand although smoking has been adjusted for in analyses, residual confounding may exist. Secondly, smoking is the major risk factor for most alcohol related cancers, apart from female breast cancer